all of the trees and none of the people. 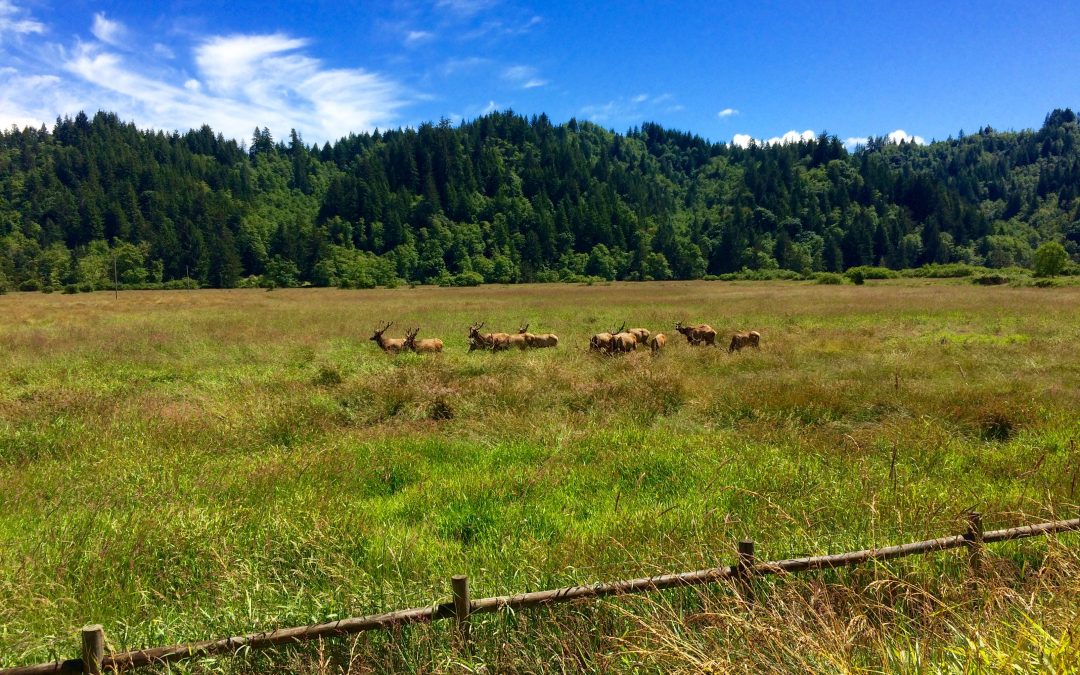 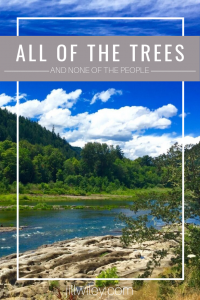 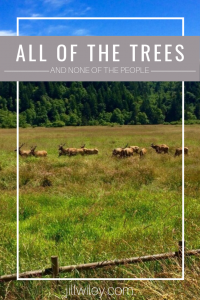 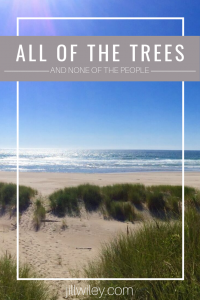 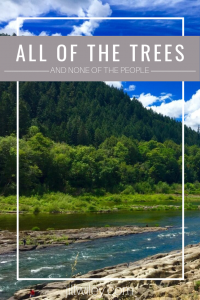 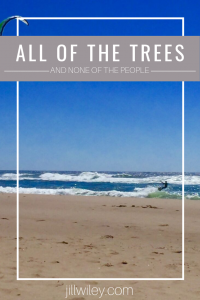 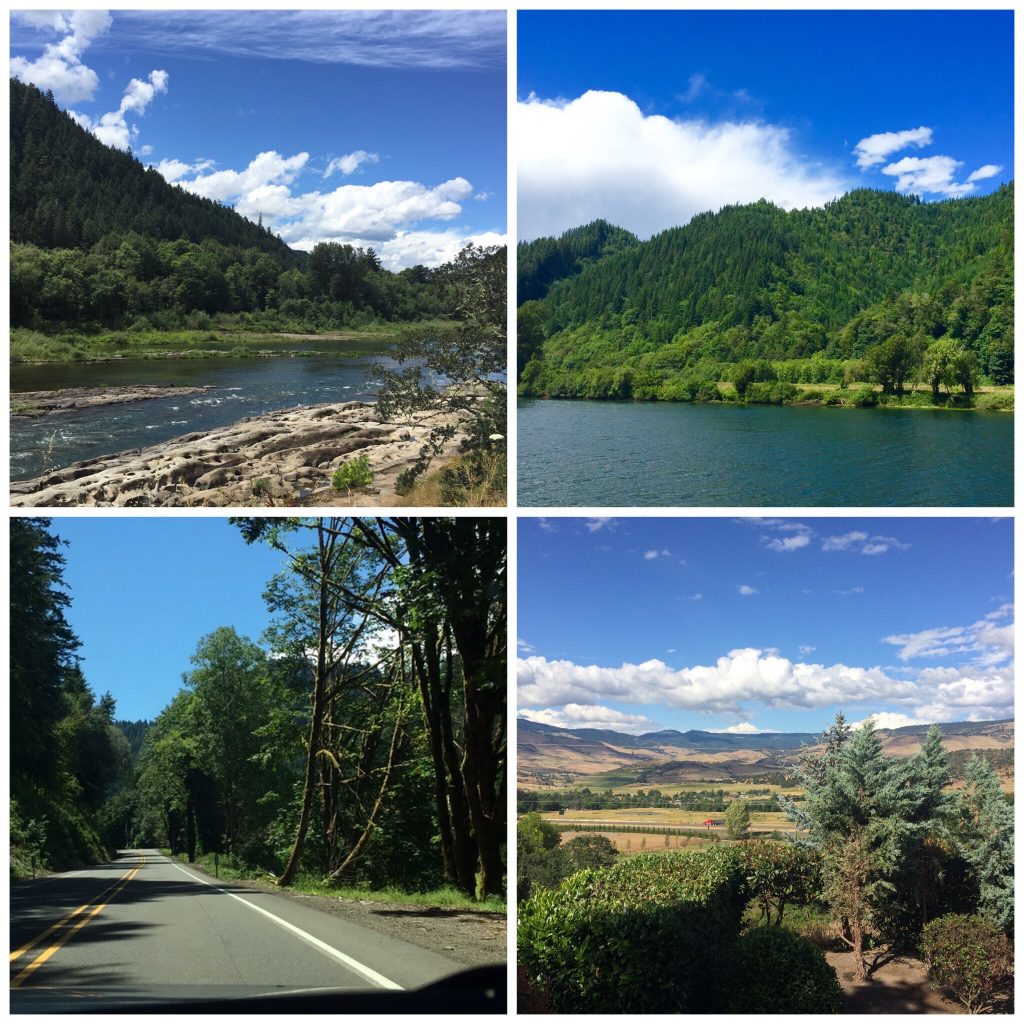 Oregon is beautiful.  We are a bit embarrassed it has taken us this long to finally discover it.  We have flown to many far away countries that would have trouble competing with the state of Oregon as a summer vacation destination. It’s only a 12 hour drive north from San Diego, but it’s a different world across that California/Oregon border. Oregon’s population is only 4 million people vs. California’s 39 million, so you really have an opportunity to enjoy nature.  Put Oregon on your list if you wonder what it might have been like to explore Yosemite 30 years ago. It feels like it has all of the scenery and none of the people. 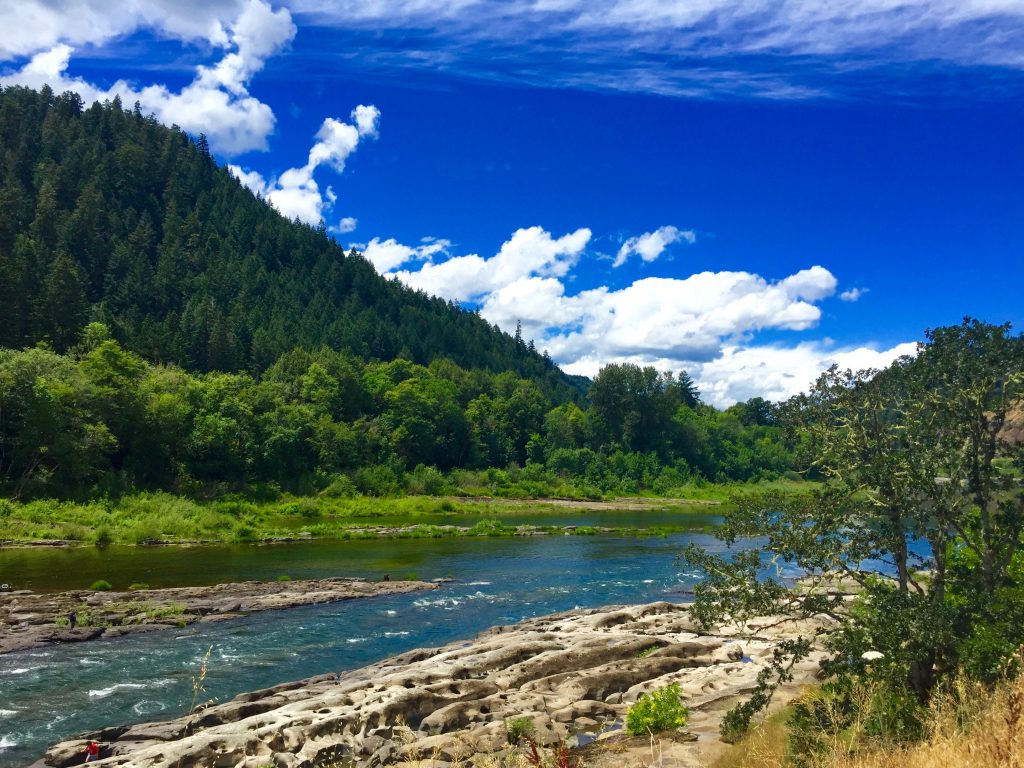 We packed our car with surfing, kiting, and camping gear and headed north without a schedule or any hotels booked.  We visited family in Long Beach, then drove 6 hours to Sherman Island in Northern California to kitesurf on the Sacramento River and visit more family. 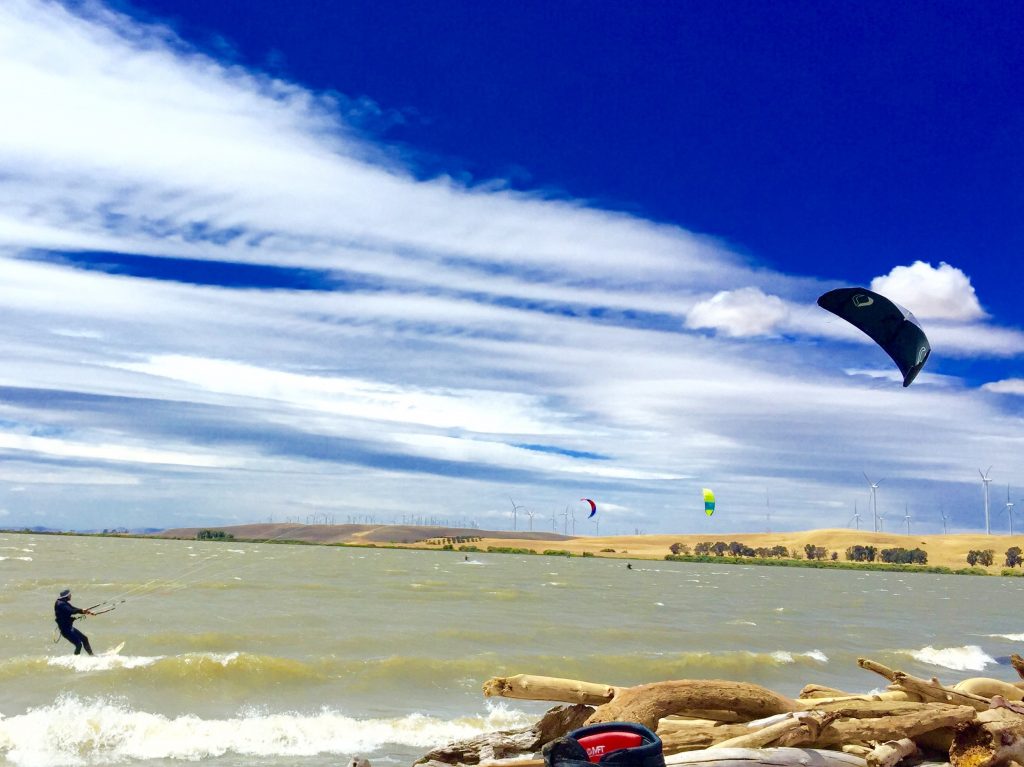 The drive through Northern California was easy except for the truckers that will swerve into you without looking so they can pass another truck that is going 1/2 mph slower than they are (even though both are going 10mph below the speed limit). After passing Yolo and Weed, we were almost to Ashland, our first stop in Oregon just across the border.  The Shakespeare Festival (Ashland’s main tourist attraction), was not on our list, but we did enjoy a beautiful winery nearby and Bazooka Zoo, a “space rock collective” pushing the boundaries of traditional music at a local bar.  They made all of the sounds. 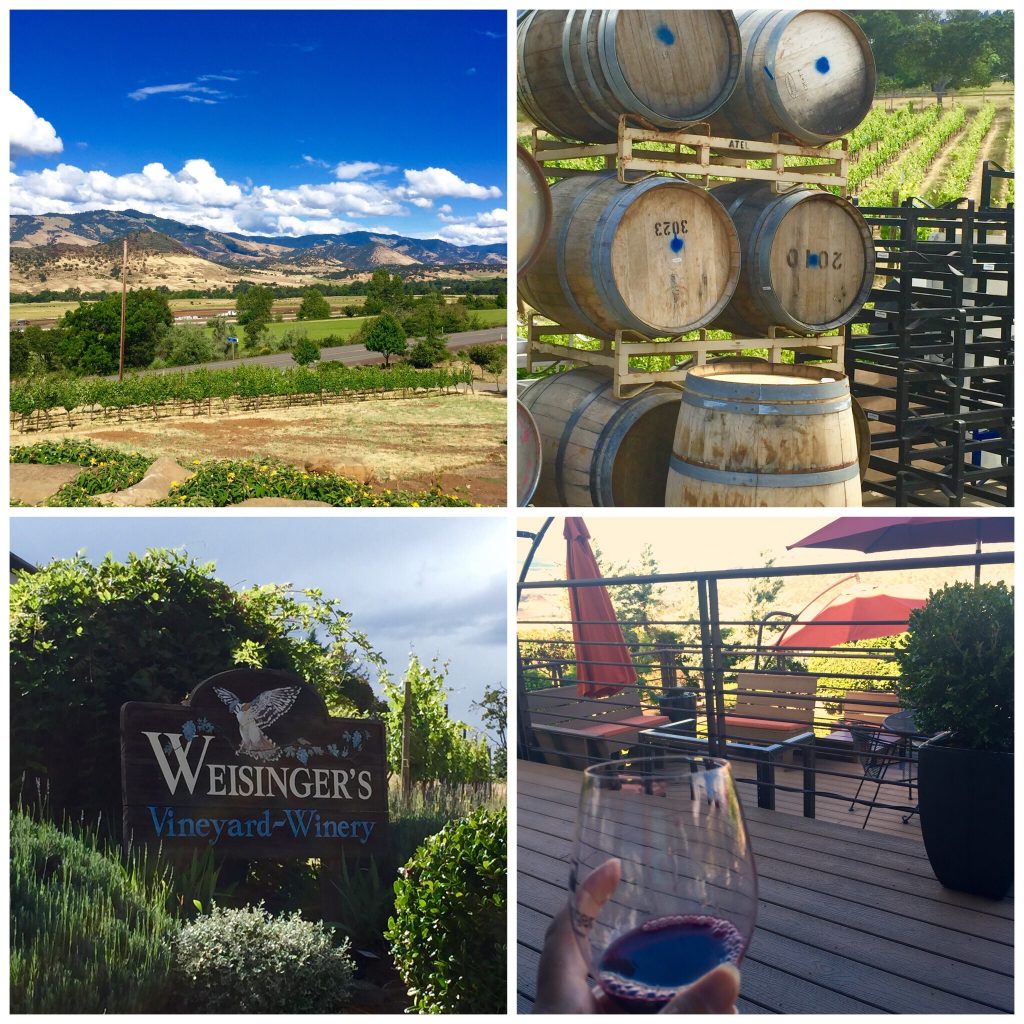 After Ashland, we drove 3 hours to the coast at Winchester Bay.  My brother was camping with his family at the dunes there so we crashed their RV and seafood boil, and rode their quads all weekend. 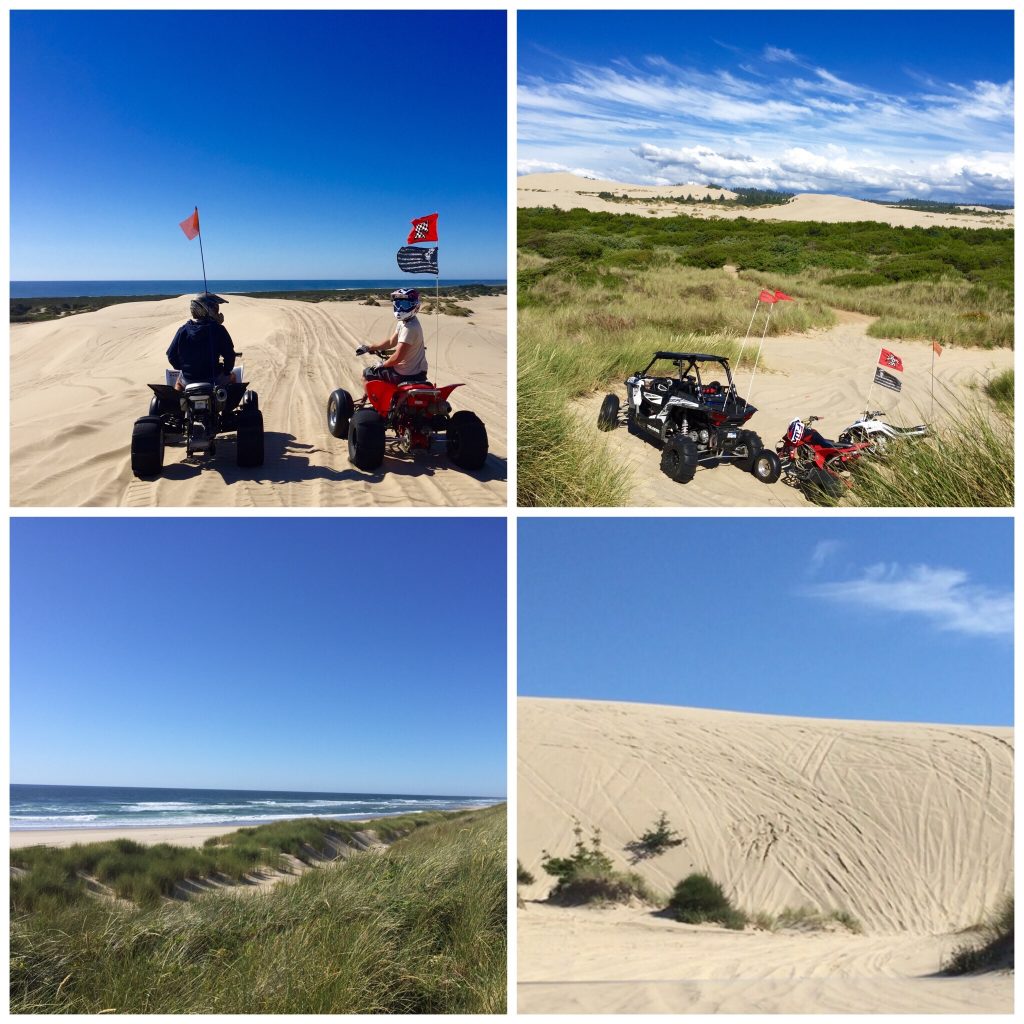 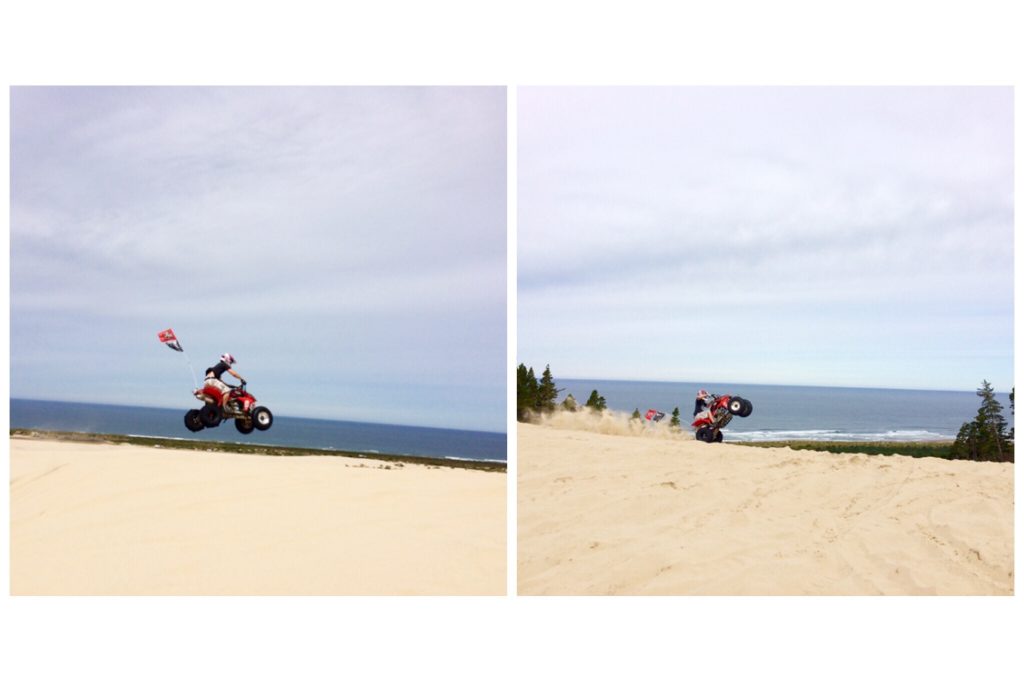 The scenery at Winchester bay is pretty incredible, especially when exploring on a quad.  The wind blew almost every afternoon there, creating fresh unspoiled sand dunes, adjacent to miles of beautiful and empty beaches. 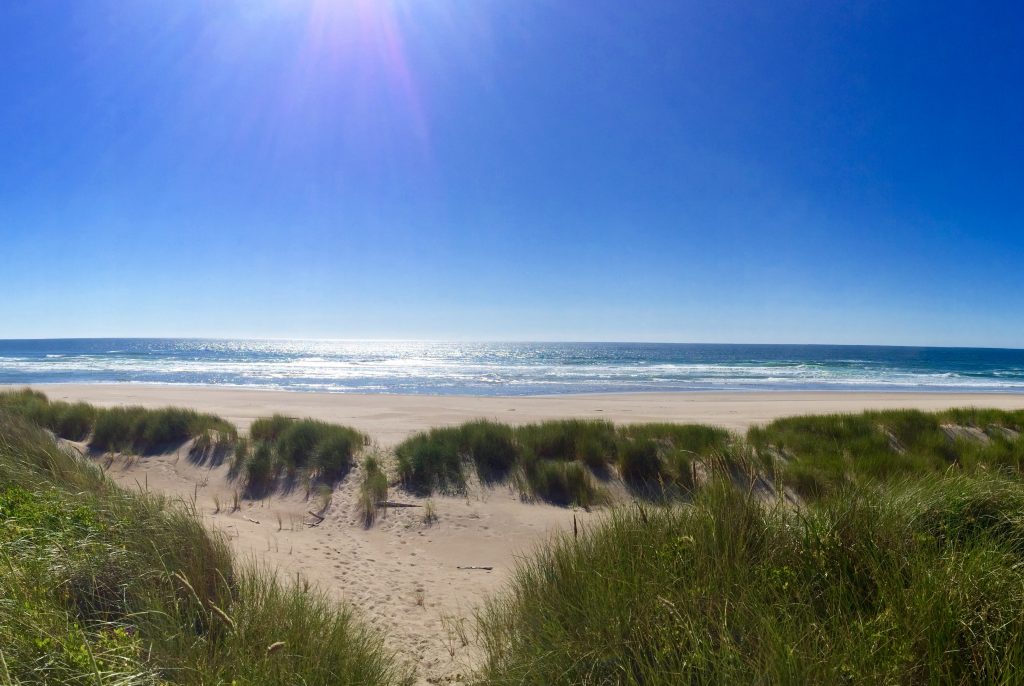 “Banshee hill” is the most famous and popular hill at the Winchester dunes because it’s the highest hill there.  It’s an exciting ride that provides an amazing view once you reach the top. 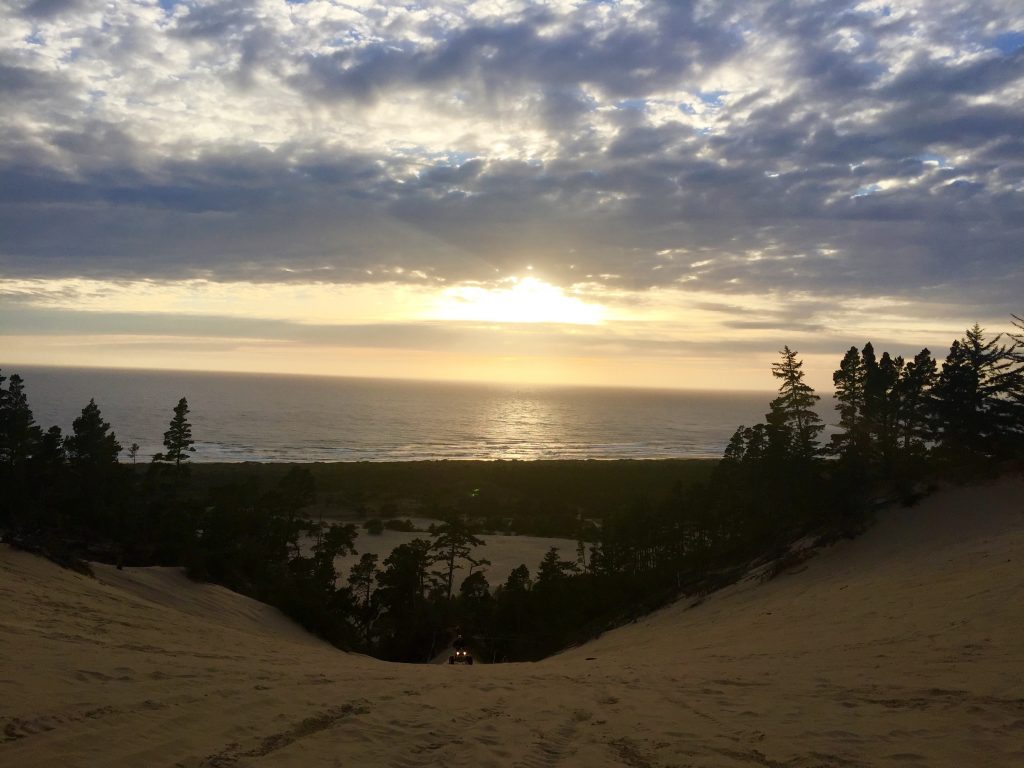 After a few days of riding quads without incident, my brother decided to test his limits on steeper terrain.  Unfortunately, he “didn’t quite make the corner” but he did make us laugh.

Father’s Day was a treat for my husband.  After tackling Banshee Hill, he pumped up his kite and went for a cold water kitesurf session while I read on the beach.

After a weekend of smores and Angry Orchard cider around the campfire, I was eaten alive by mosquito bites the size of tennis balls on my forehead and both of my left cheeks.  We decided it was time to treat ourselves to a hotel.

We drove a few hours north on the scenic 101 coastal highway stopping only to take a few photos and to collect another couple of hundred dollars from Oregon’s generous casinos.  We had been stopping briefly at casinos along the drive north all week, and luck be a lady because I was on one heck of a hot streak. 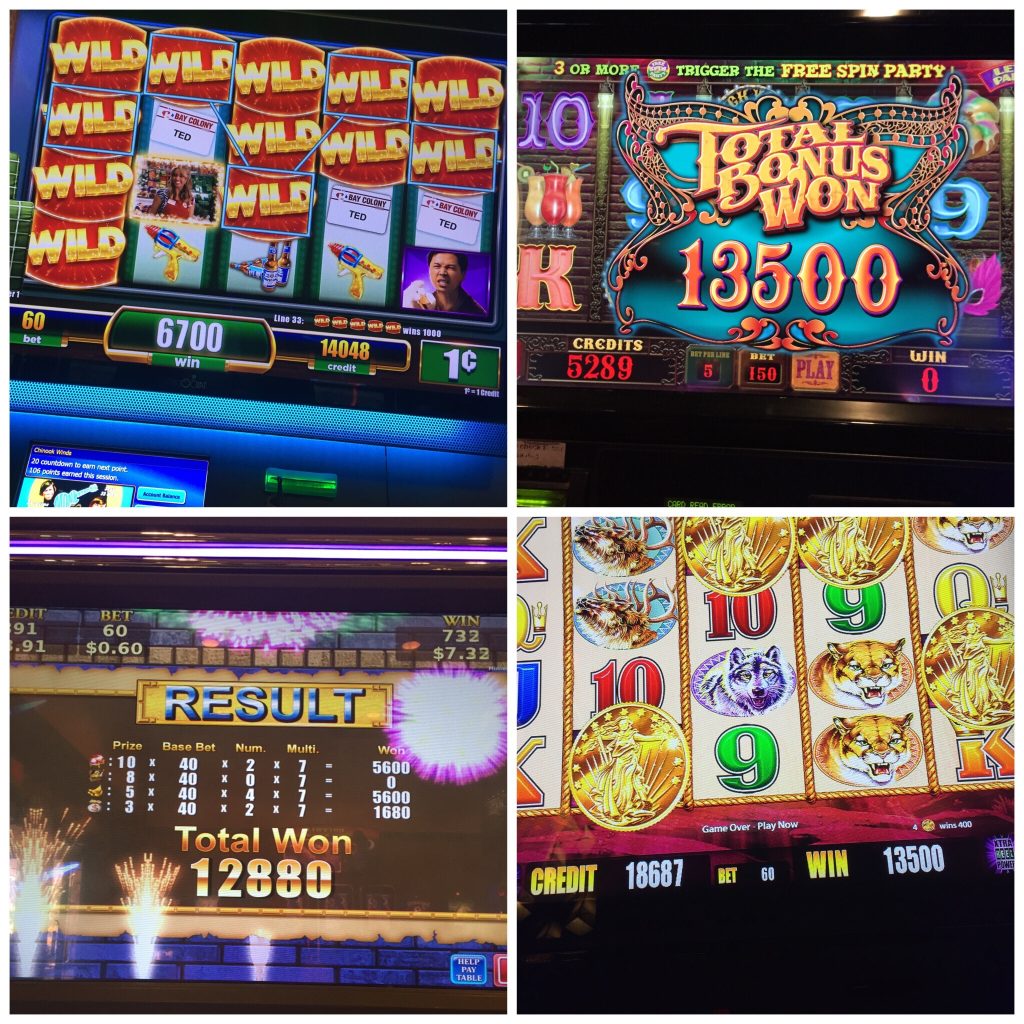 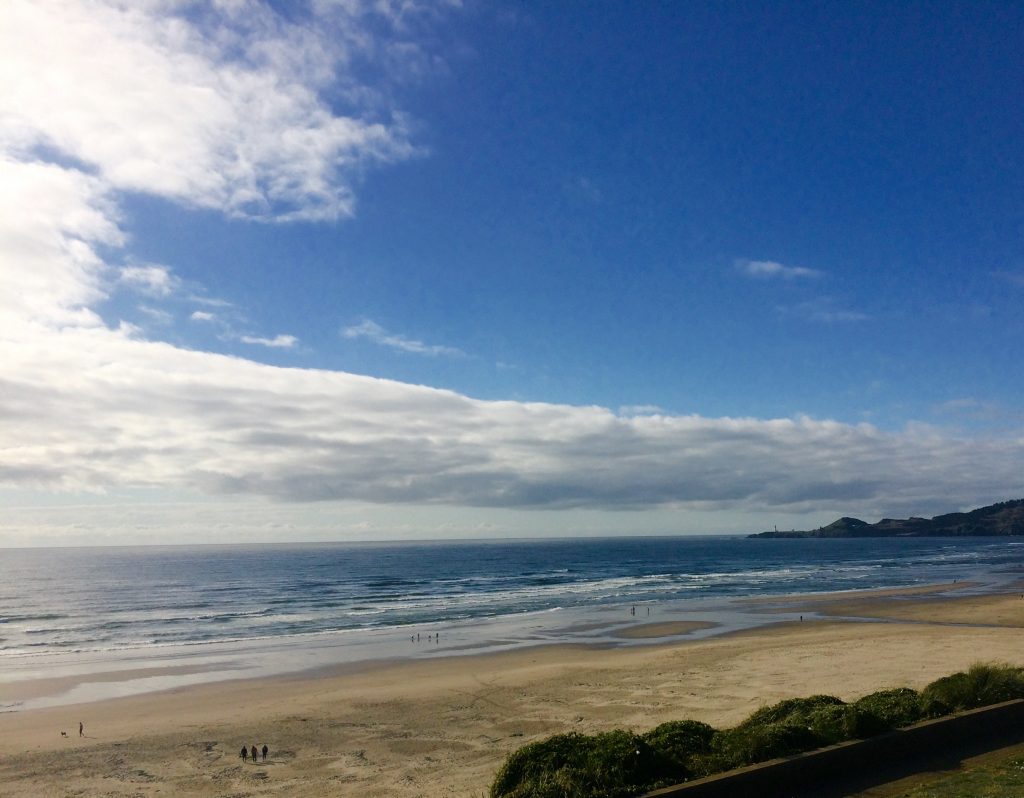 After reaching Newport, we decided to stay for a night to enjoy the wide open beach.  There is an impressive number of available campgrounds all along the Oregon coast but the casino winnings were burning a hole in my pocket, and so we enjoyed an oceanview room at the Shiloh inn (only $105) and tasty grub at Nana’s Irish pub. 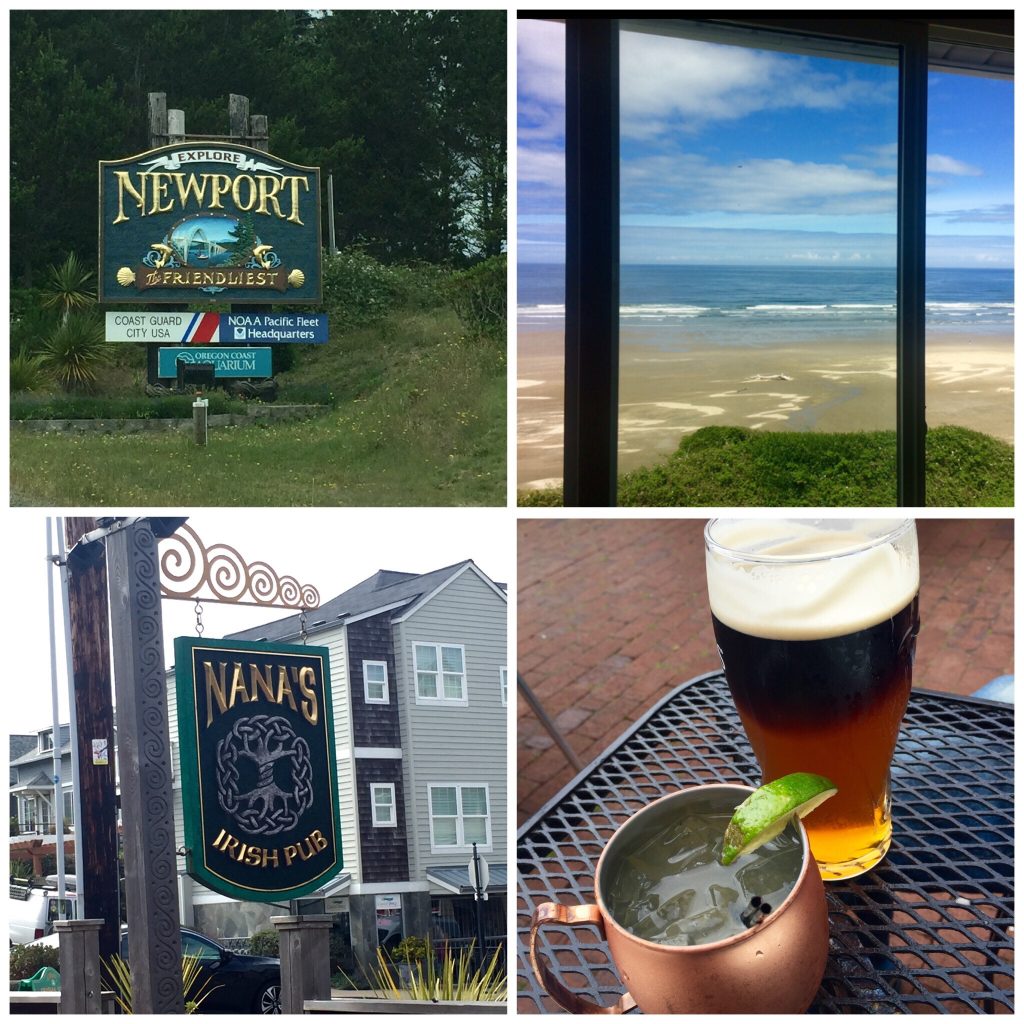 We walked all over the small town and bay bridge in the morning before heading north again to Lincoln city.  Lincoln City is a bit larger than the other coastal towns we had seen so far, but still quite small.  We are amazed at how few people there are on oregon’s coast.  Small home prices just one house from the water were just $250,000 according to Zillow. 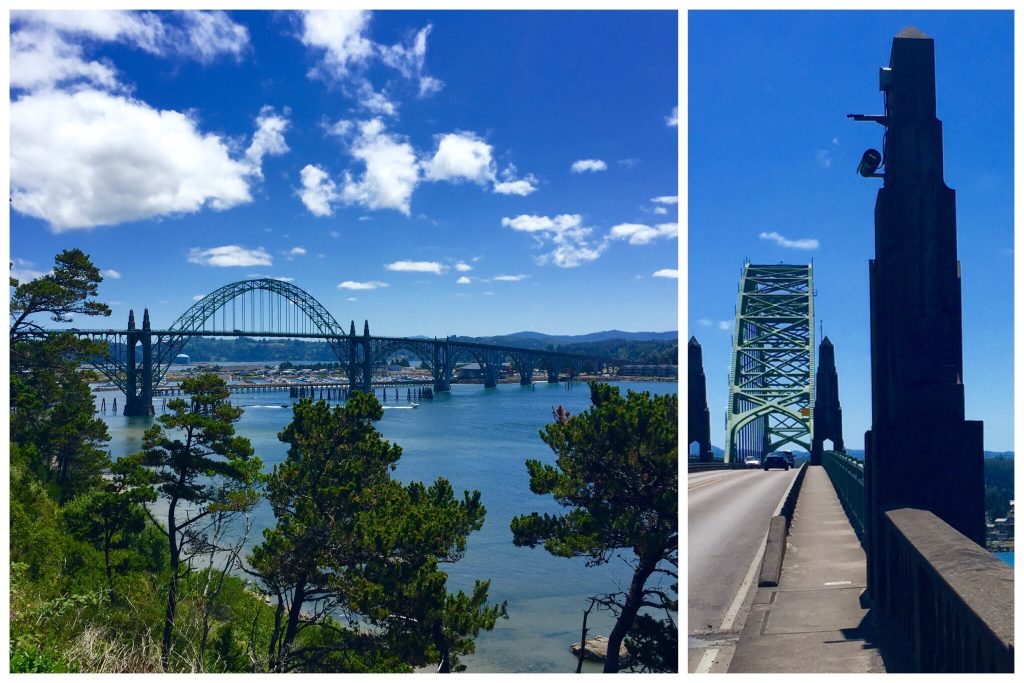 We eventually found a wide open beach called “roads end” with heavy winds and bigger waves.  I pretended to watch my husband kitesurf and snapped a few photos to appease him, but I was really beginning to get into my book “The Husband Secret.” 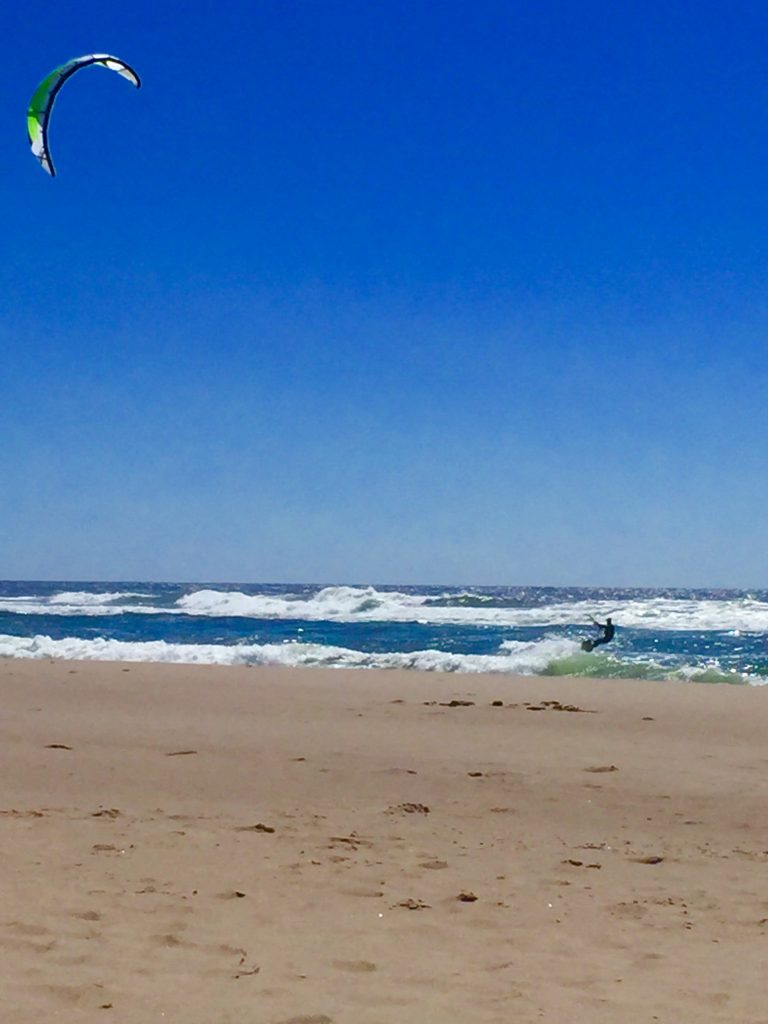 Afterwards, I scored another win at the local casino so we treated ourselves to a hotel for a few night. It was fabulous to relax in the hot tub and soak our sore muscles.  It was an amazing first week in Oregon! 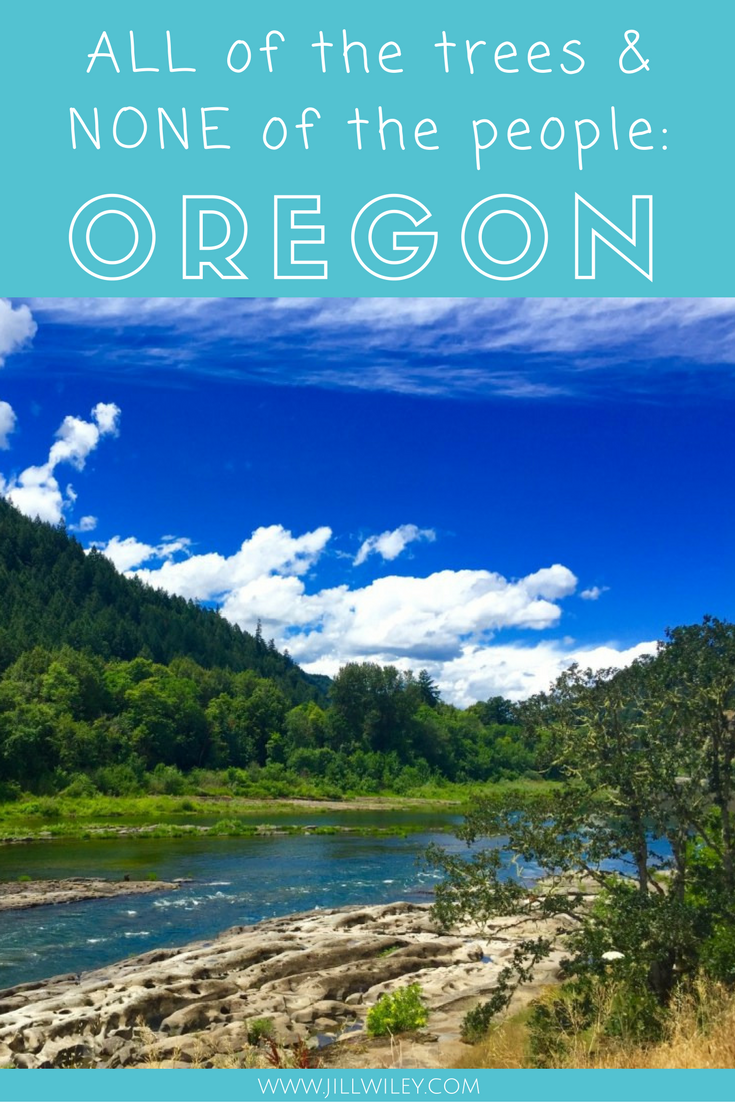 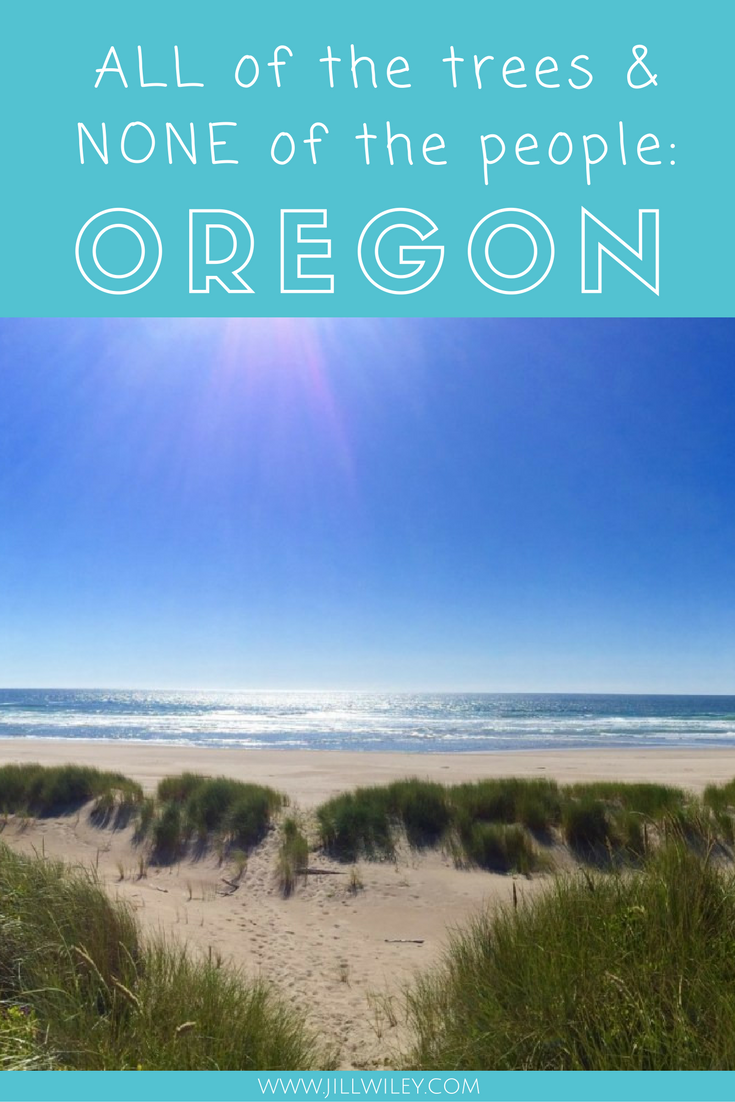 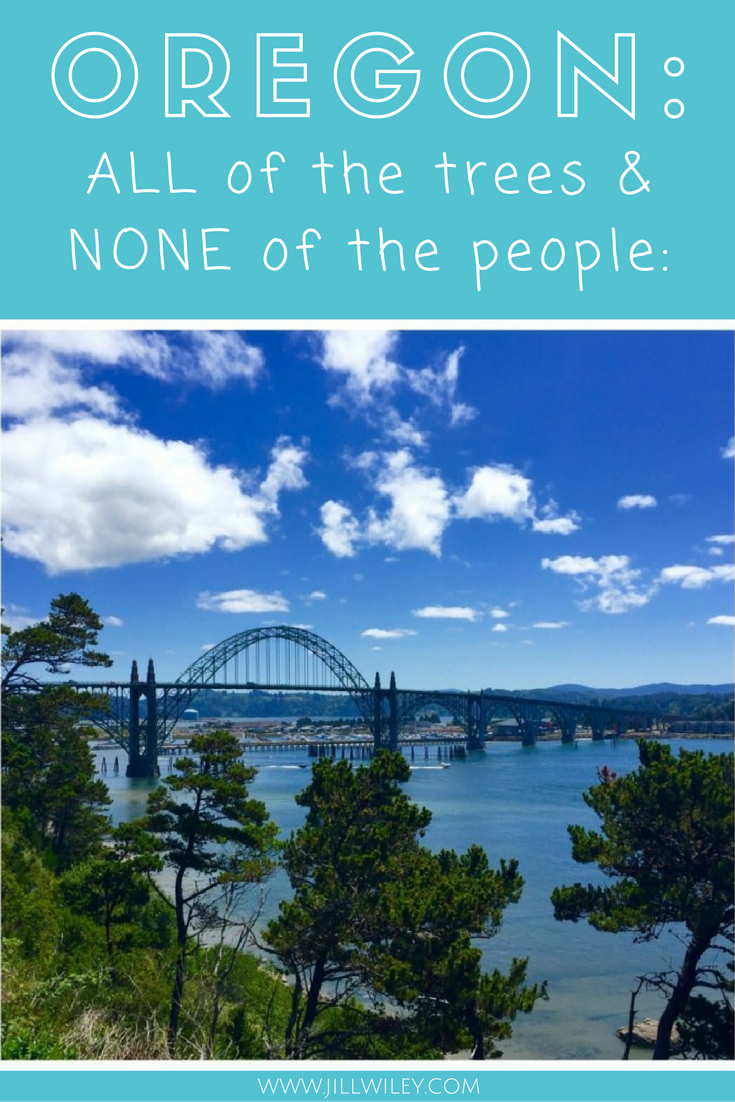