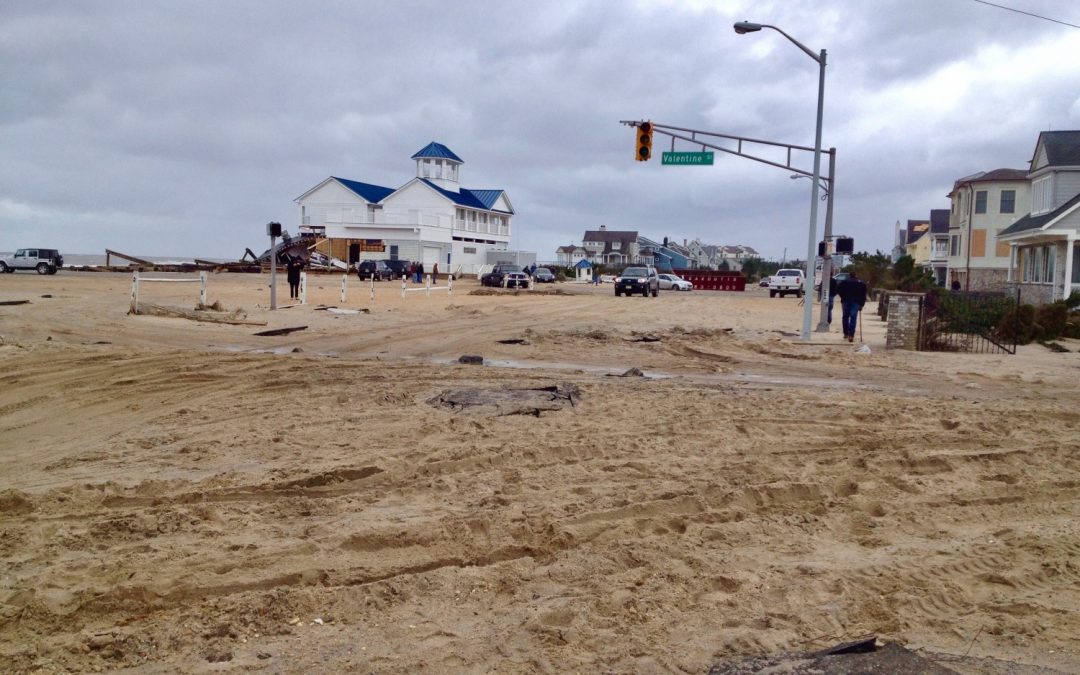 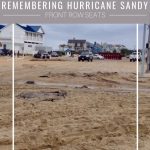 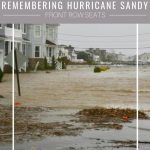 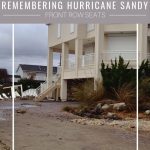 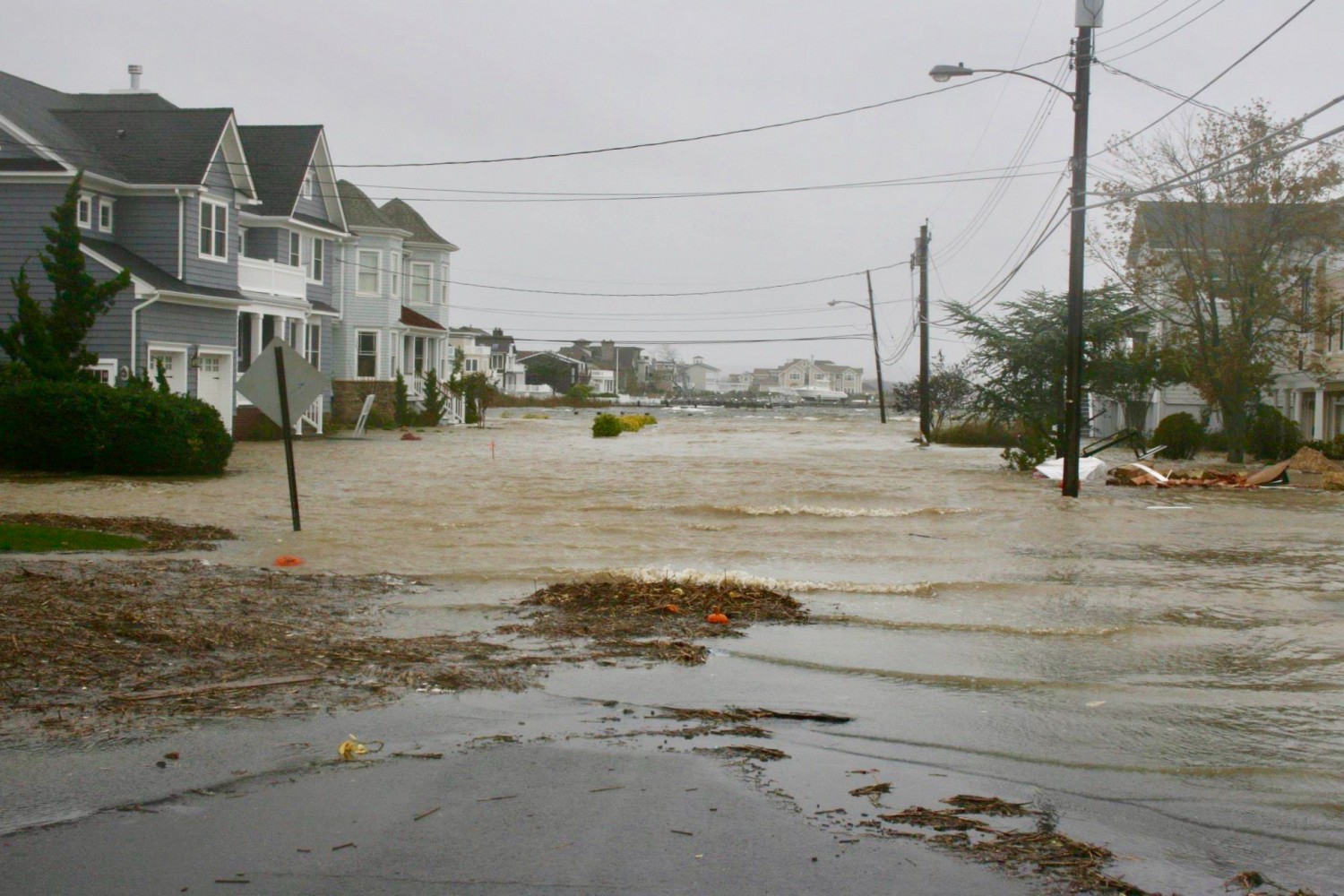 Four years ago, October 29, 2012, we encountered one of our most surreal experiences.  We ignored evacuation orders and stayed in our home in Monmouth Beach, New Jersey as Hurricane Sandy made landfall. 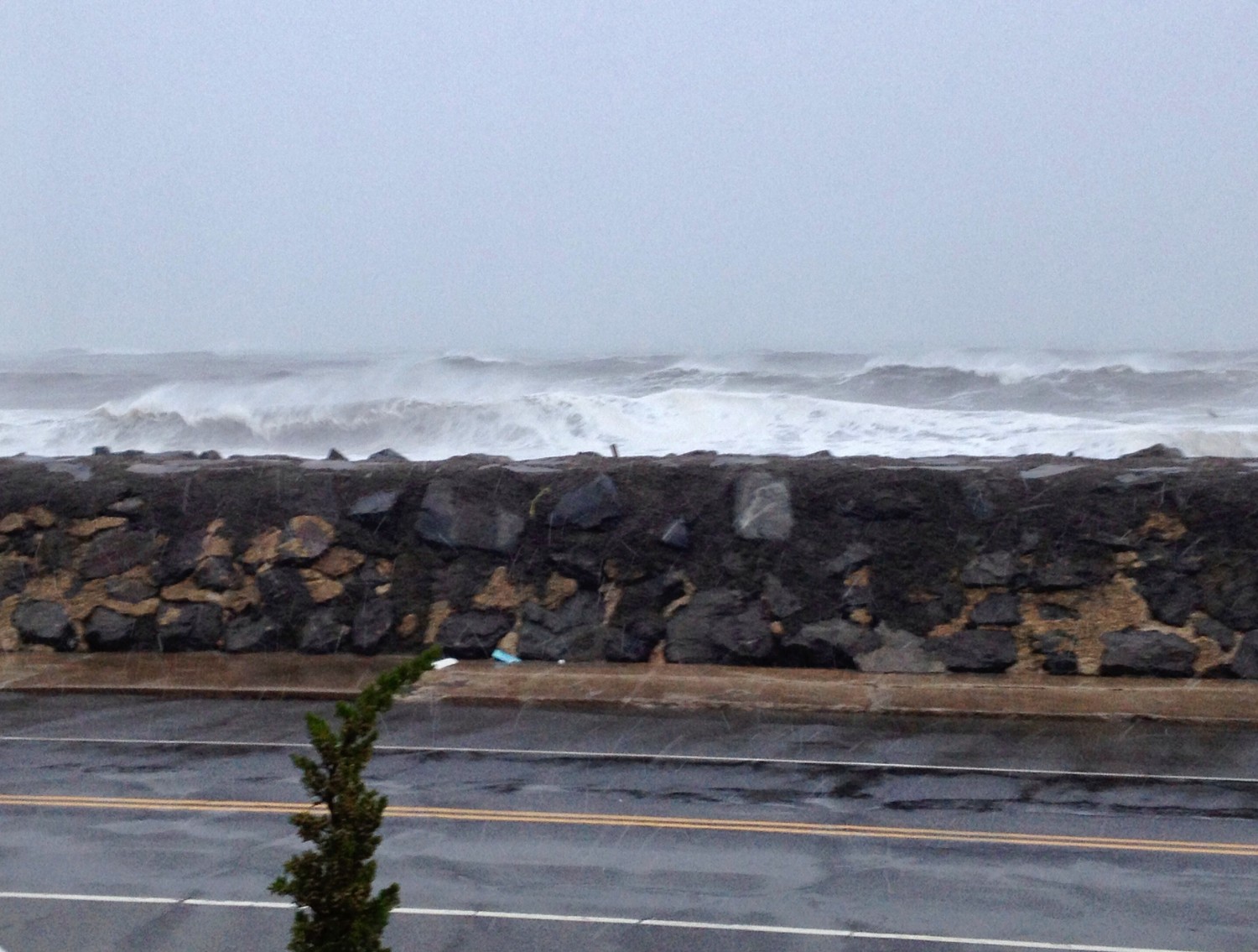 A 15-20 foot tall sea wall stretched along the coast in front of our house, protecting it from storm tides.  Pillars elevated the main living space above the garage. In front of the garage, we put about 50 sand bags. 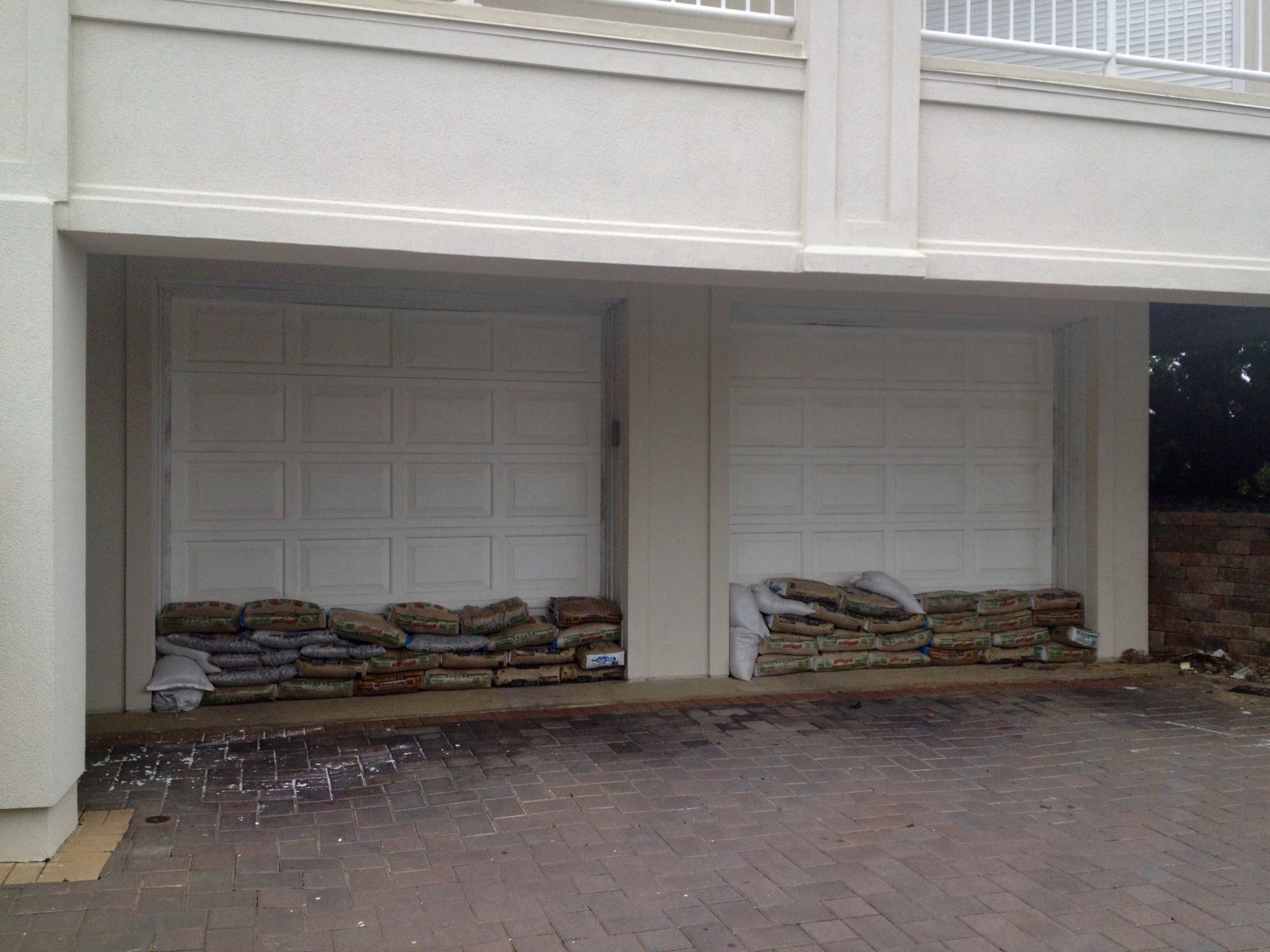 The forecast only called for about 65mph winds, and so we figured we would be fine. We had recently installed automatic aluminum shutters on all windows except the backside of our house.  We believed the shutters could withstand at least 100mph winds.  As long as the storm was within the forecasted range, we felt we were safe.  However, just before landfall, the storm strengthened and made a turn for the worse.   This brought a larger than expected sea level surge and wind speeds up to 110mph (45mph faster than forecasted). 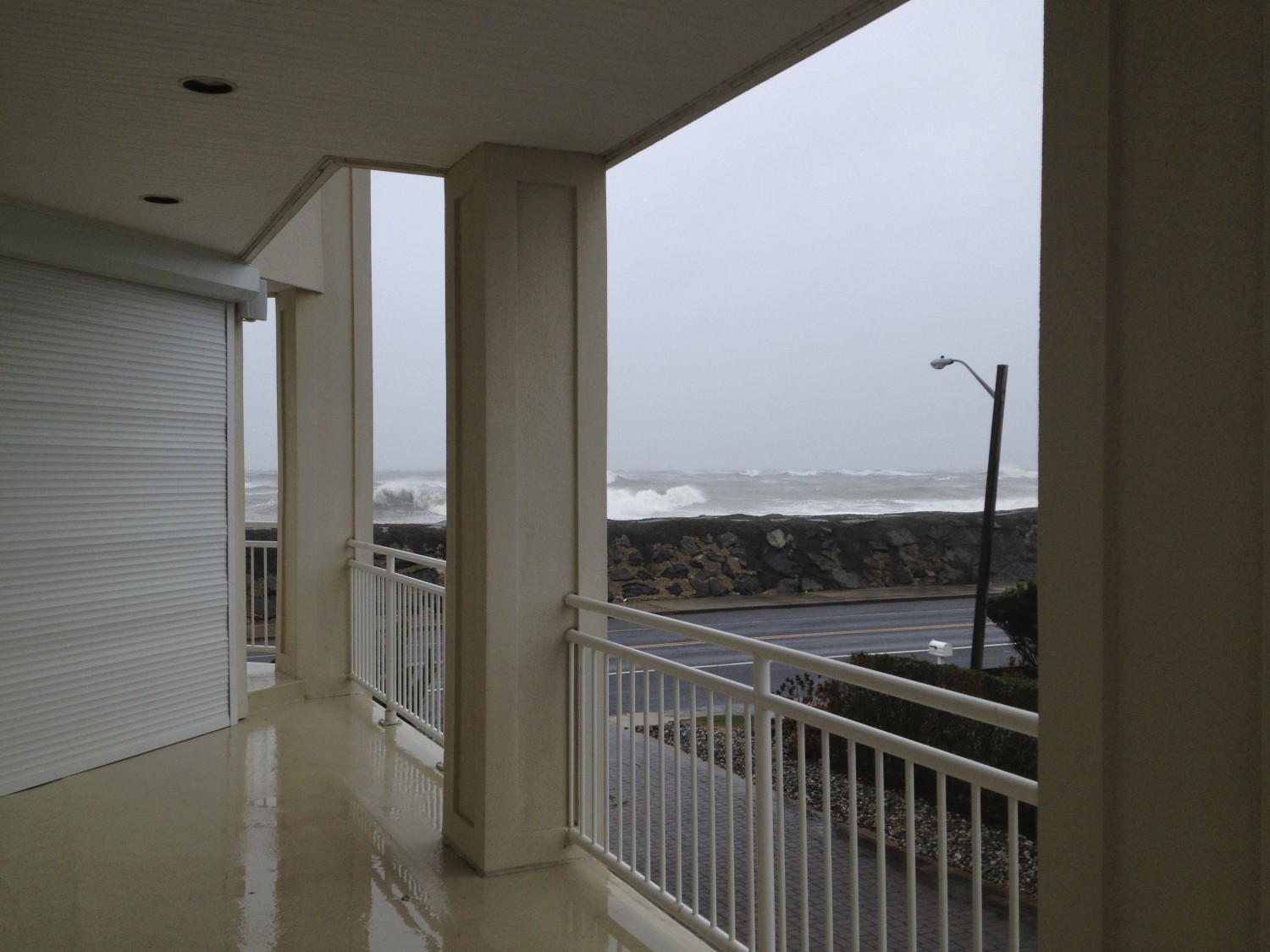 By about 7pm when the forecasts got dramatically worse, we were beginning to regret our decision.  However, we knew it was too late to leave at that point.  The town was already flooding from the backside bay at high tide before the storm even made landfall. 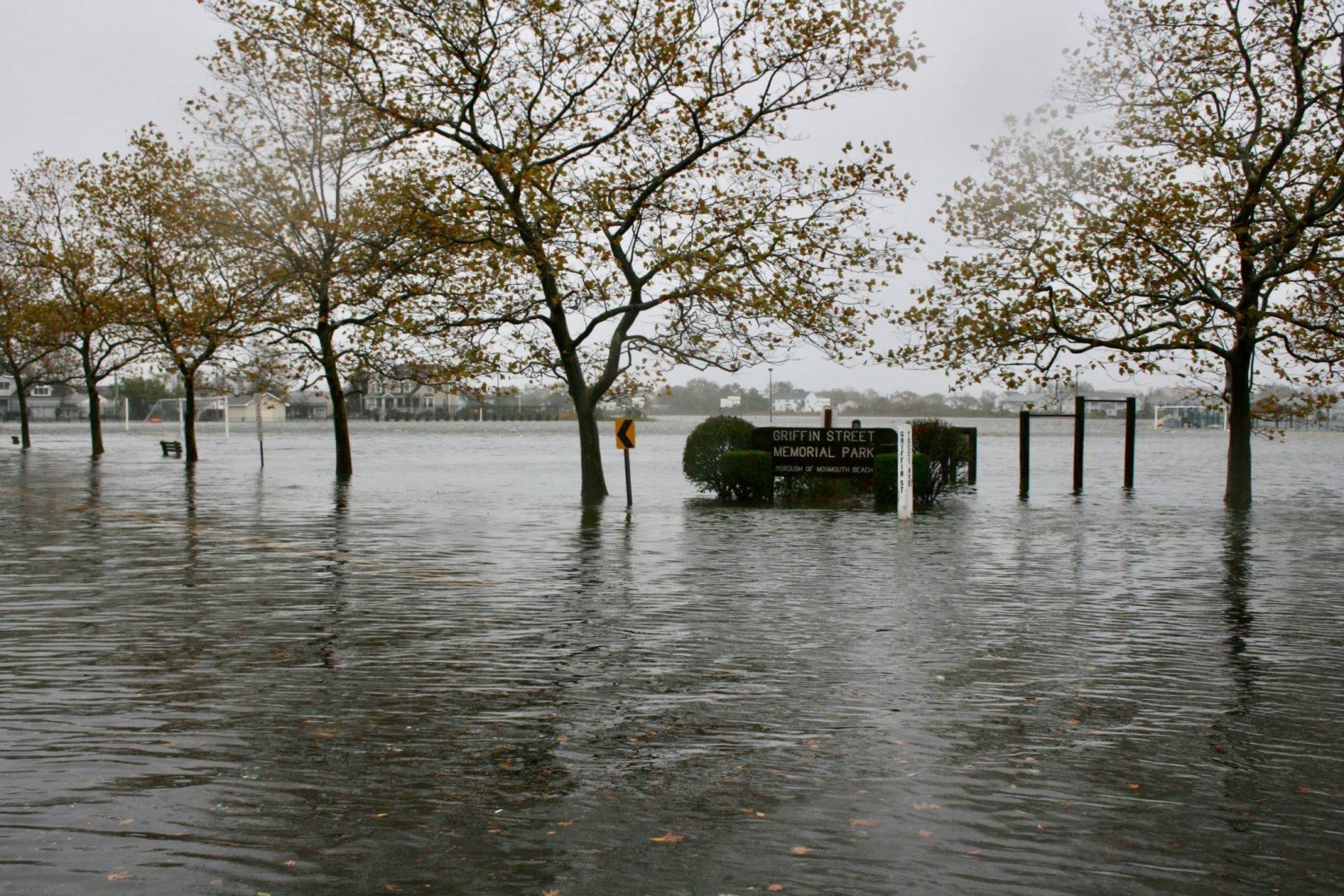 The shutters blocked our view of the ocean, but we could peak our head out the side door to get a view of the rising ocean.  We began to worry as we watched the entire ocean level rise to nearly the height of the sea wall.  With the ocean level that high, the 10-15 foot waves rolling in poured right over the sea wall. The video below shows the waves crashing over the wall early in the storm.  It got much worse later in the night, but we lost the footage.

Fortunately, the shutters kept us safe.  However, it was a very long and loud night.  The wind rattled the shutters, even bending the windows as it forced its way through the slats. We slept in the basement next to the garage to escape the noise. This was probably the least safest spot in the house, but the quietest as there were no windows facing the ocean.  With no electric power, we did our best to ignore the hurricane.  Eventually, we fell asleep. 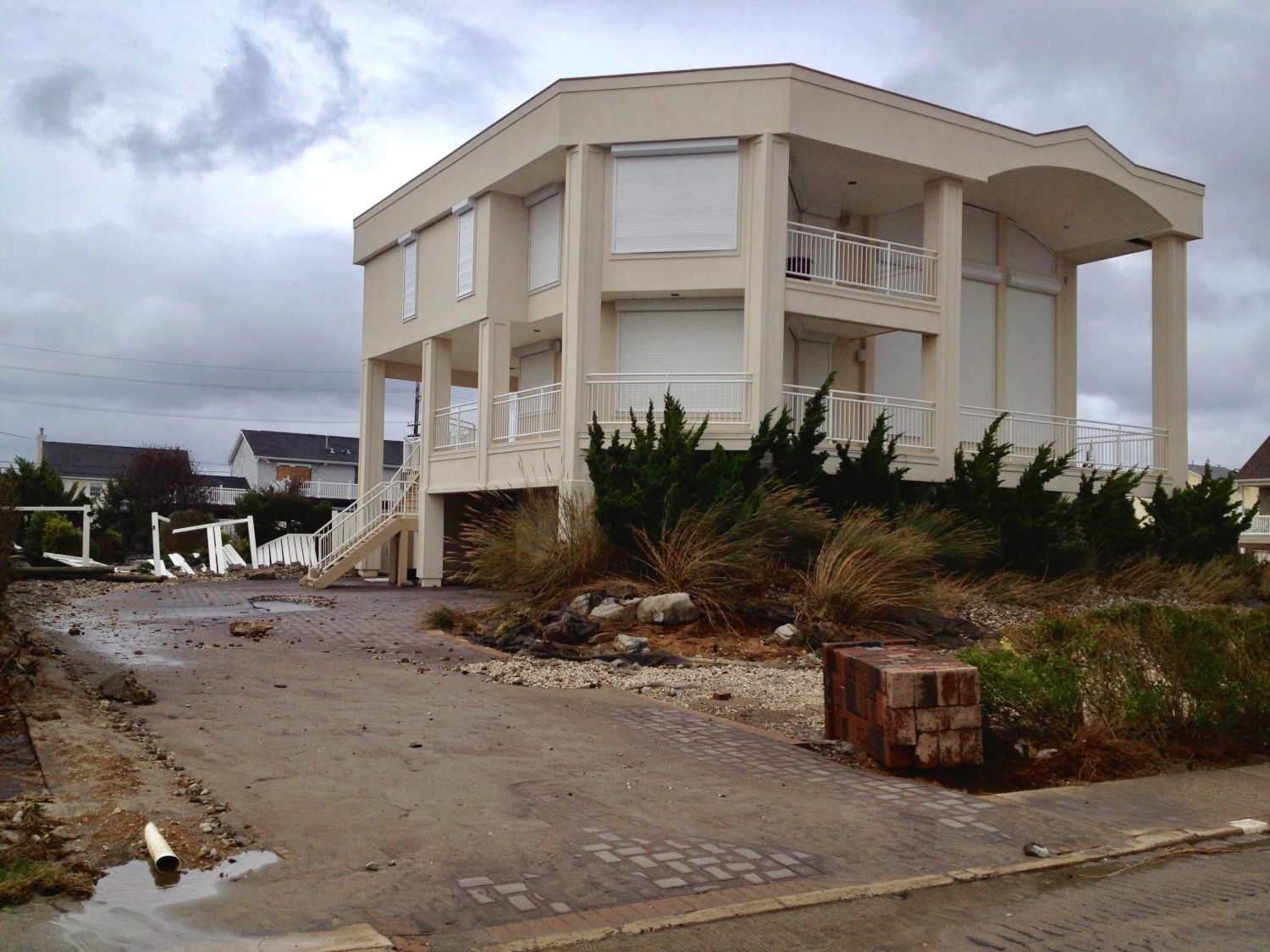 We awoke the next morning to our most surreal morning ever. The side door by the garage had gravel from the front yard piled up against it.  Ironically, the gravel probably added to the protection provided by the sand bags. 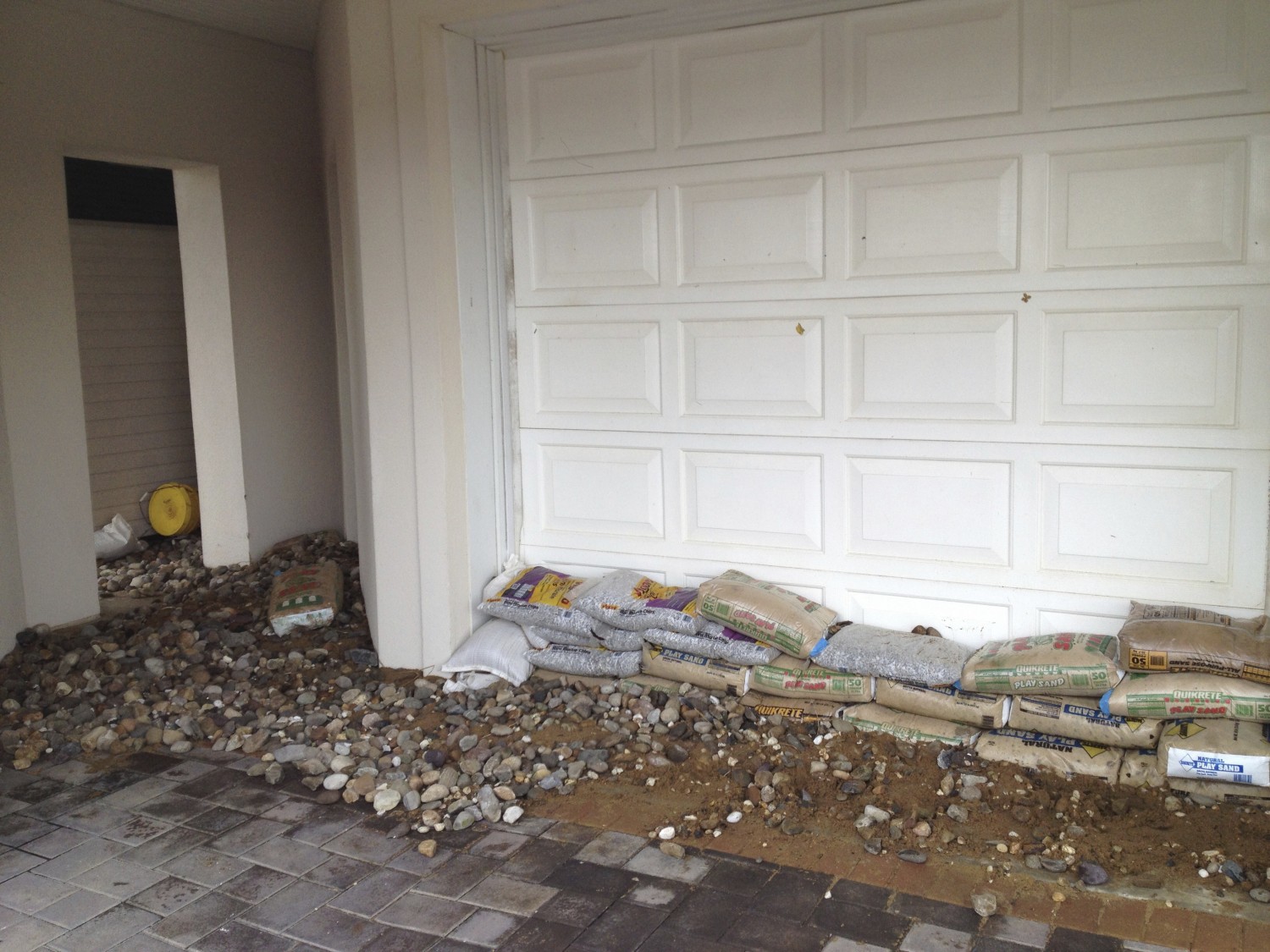 We stepped over the gravel and looked at the road at the end of our driveway. Normally, cars were driving up and down the shore.  Instead, sand and debris covered the road.  The unreality of it all began to sink in. With that much sand covering the road to our town, we were going to be on our own for a while. 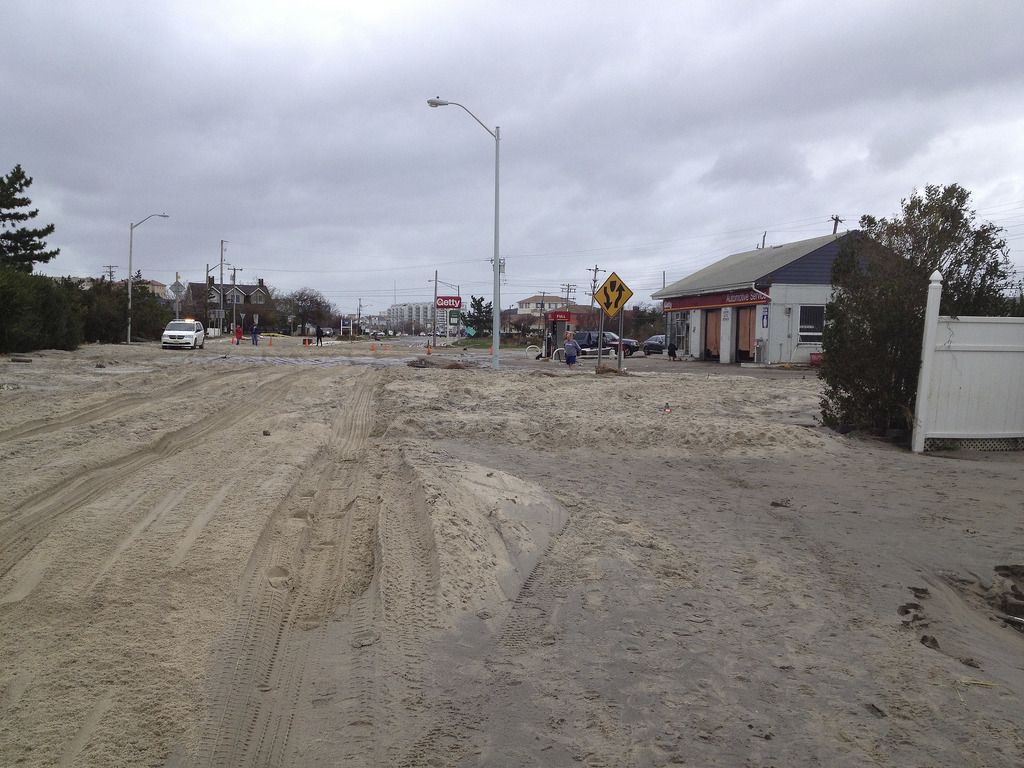 The waves knocked down the fence to our backyard. The water also dragged all of the rocks, sand and pavers from our front landscaping to our backyard and pool.  We had no power, and our cell phones didn’t work. 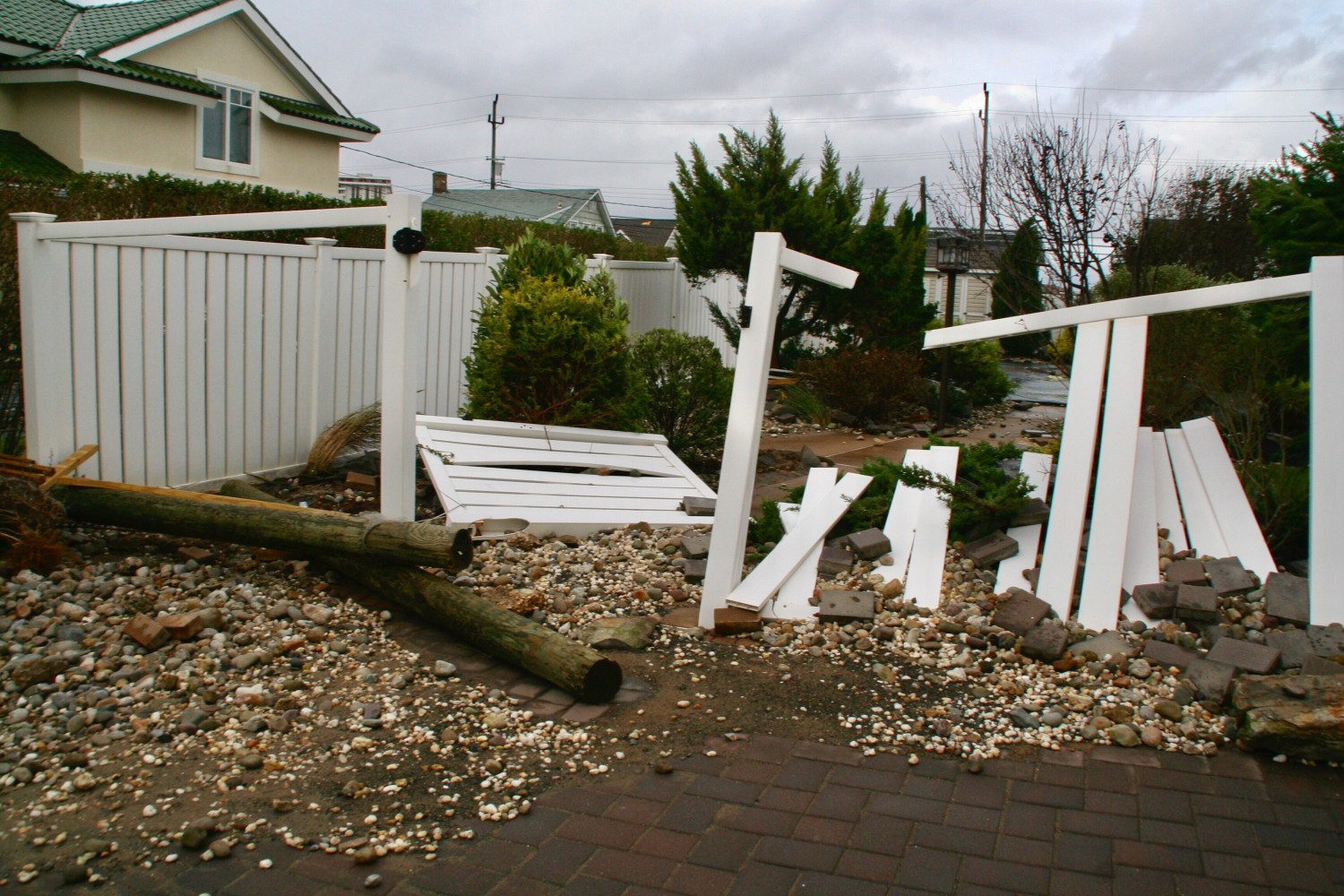 We began trudging through the sand covered road through town trying to make sense of it all.  Houses were partially collapsed.  Boats that had been in the bay were strewn across front yards all over town.  When we reached Sea Bright by foot, the neighboring town a mile north, we were directed to turn back due to a gas leak. 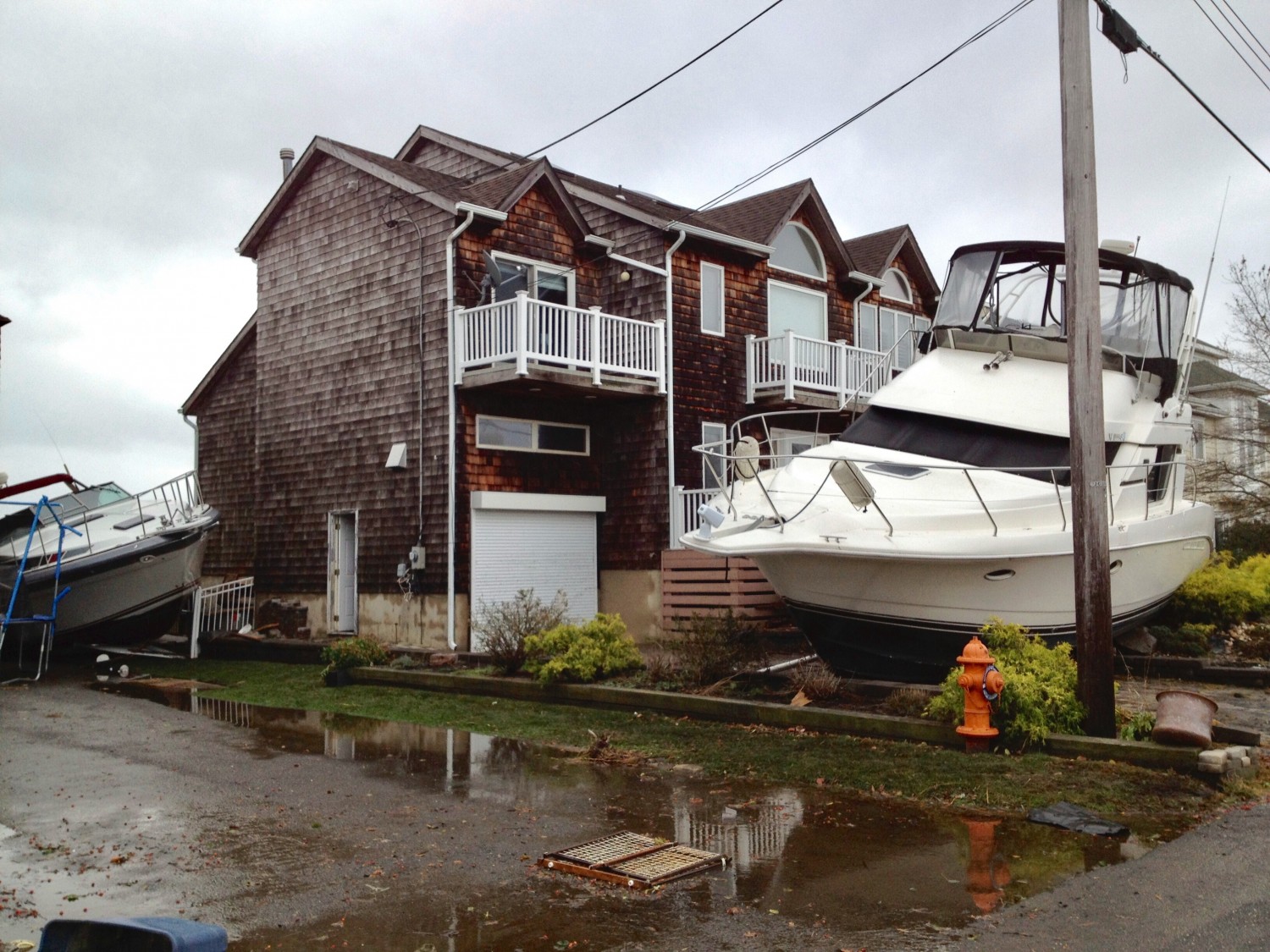 We were without power for about the next 12 days.  After a few days, we secured a generator, and a friend wired it to run some basics for our house.  The roads were cleared within a few days and emergency supplies followed. 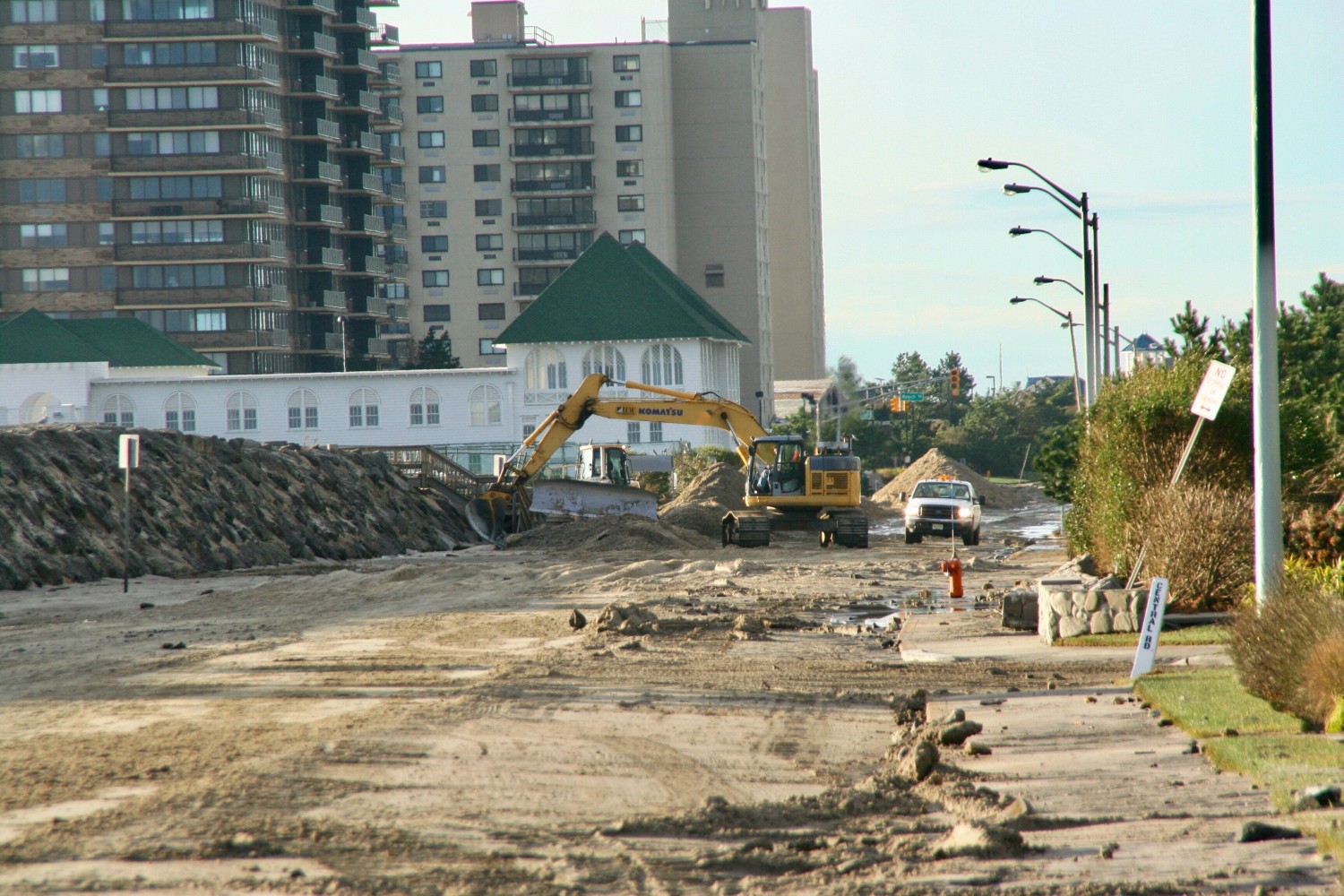 Lines at the gas stations near the shore were hours long when they eventually opened.  It was a long two weeks waiting for power and for things to get somewhat back to normal.  We were very fortunate that our house had minimal damage other than the landscaping and pool.  Many were not so fortunate and would spend years dealing with rebuilding their home or business. 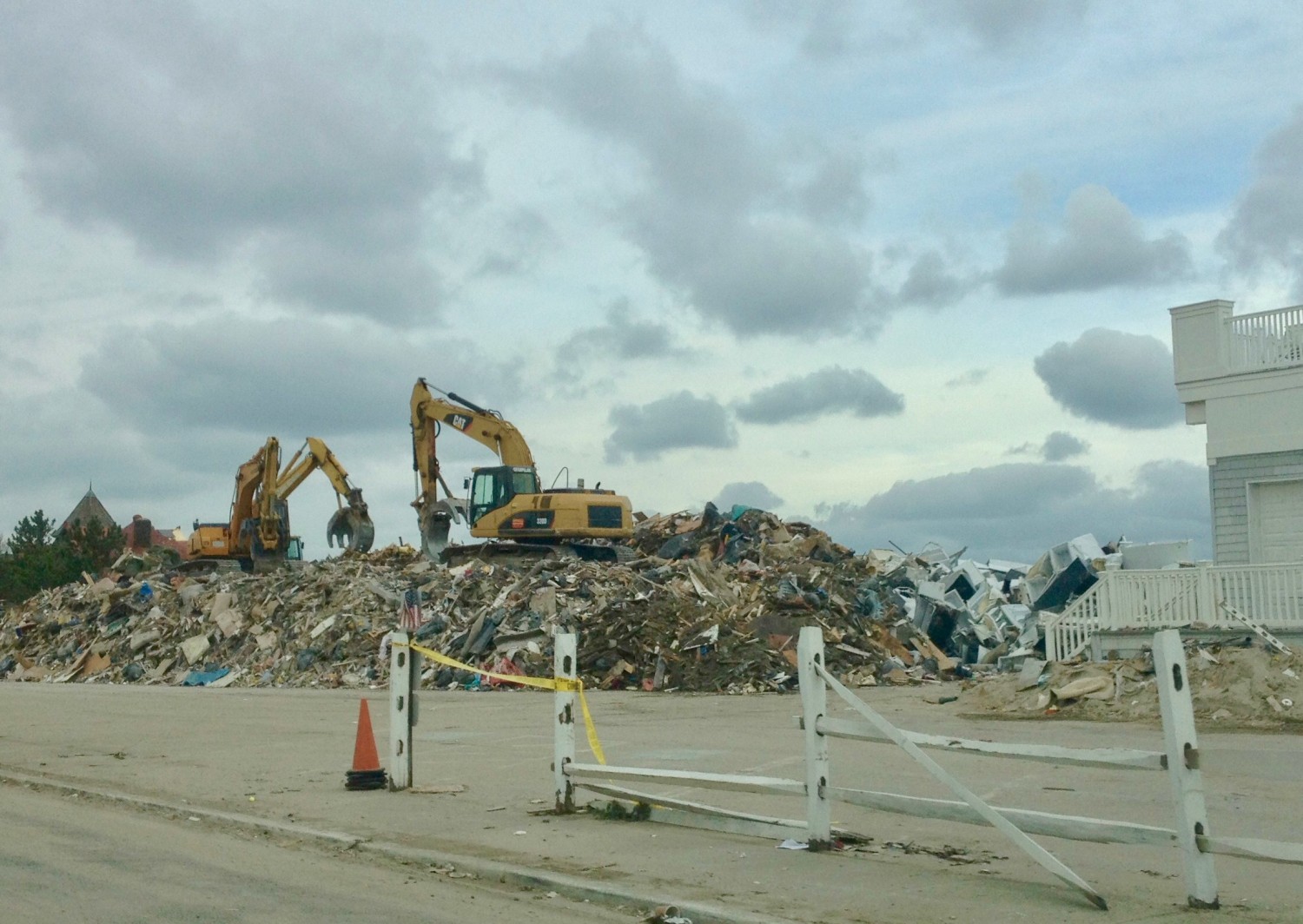 We survived hurricane Sandy.  Our daughter soon went to work painting New Jersey maps with the slogan “I survived hurricane Sandy” to raise money for relief efforts. She donated all proceeds to Monmouth Beach School, our public school that was closed for six months to rebuild.  She did the same for the Calaveras, CA fires in 2015.  Her website (still under construction, kayliemichelledesigns.com) will provide a new platform for her to continue to paint to raise money for other causes in the future. 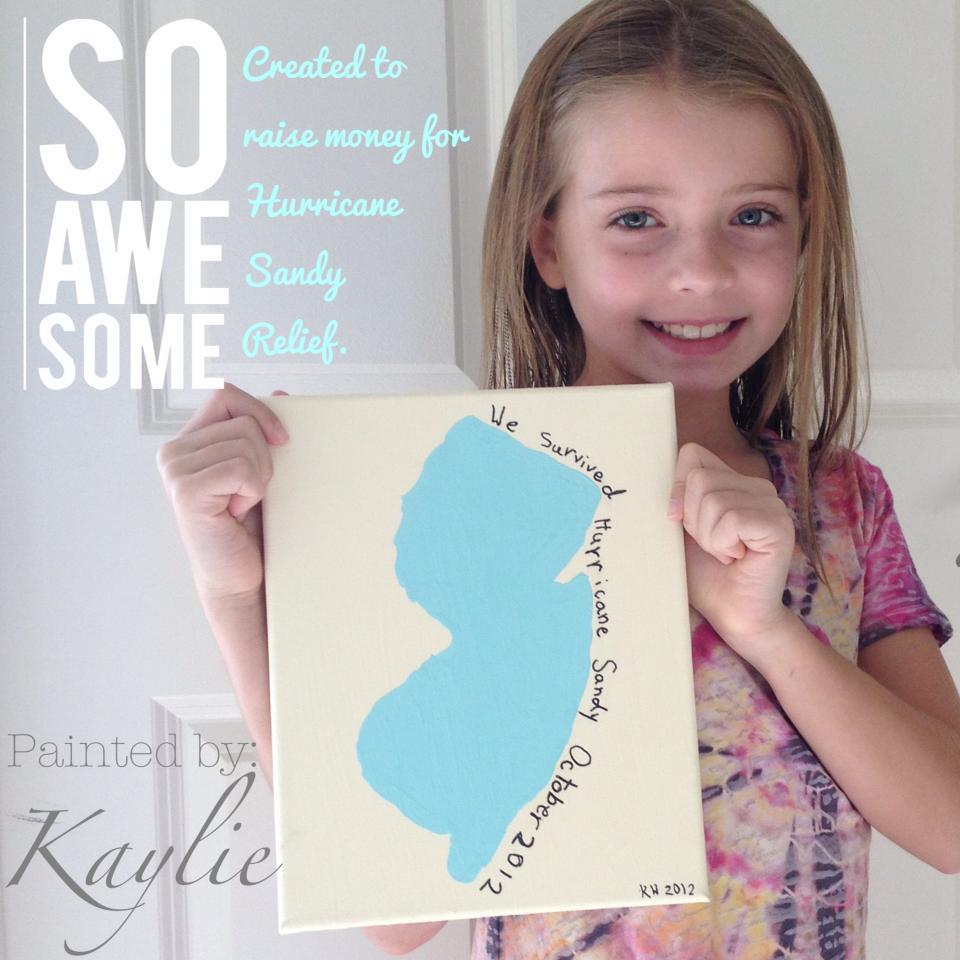 Hurricane sandy was the second costliest hurricane to ever strike the United States.  It resulted in the death of over 200 people in 8 countries.  Rebuilding was very hard on many families and businesses.

A few years later, after most of the shore had recovered, we said good  bye to our New Jersey home and friends.  We made the drive cross-country to our new condo in Encinitas, California (this time a few miles inland from the shore). 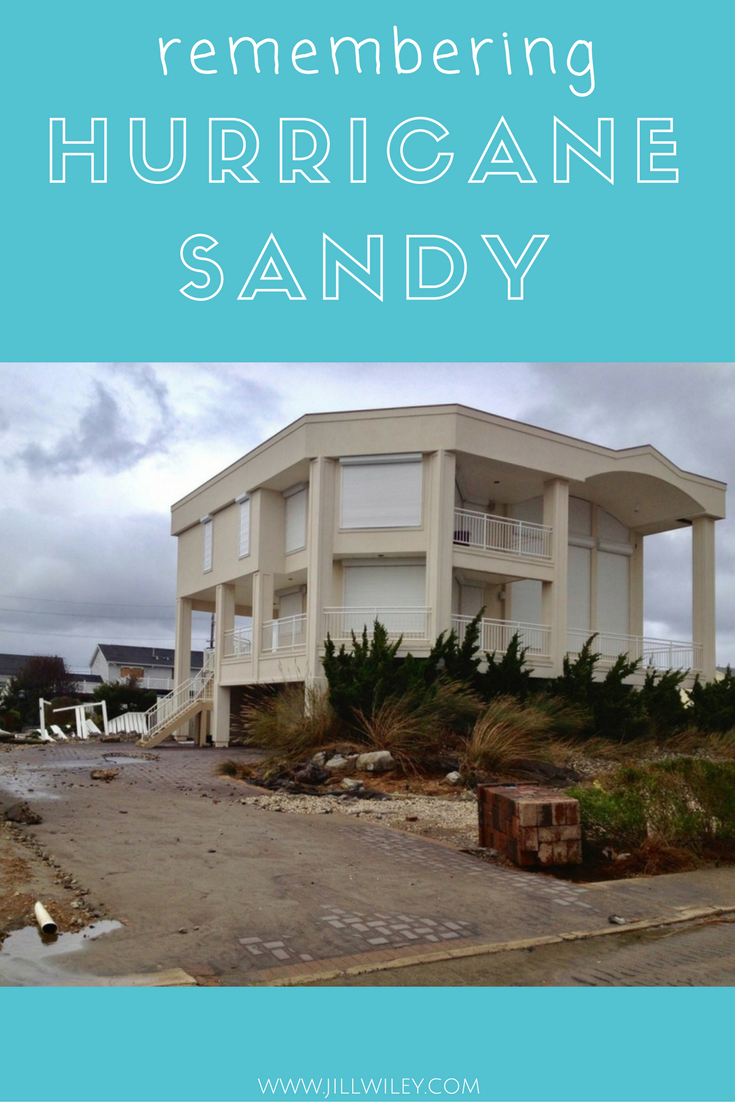 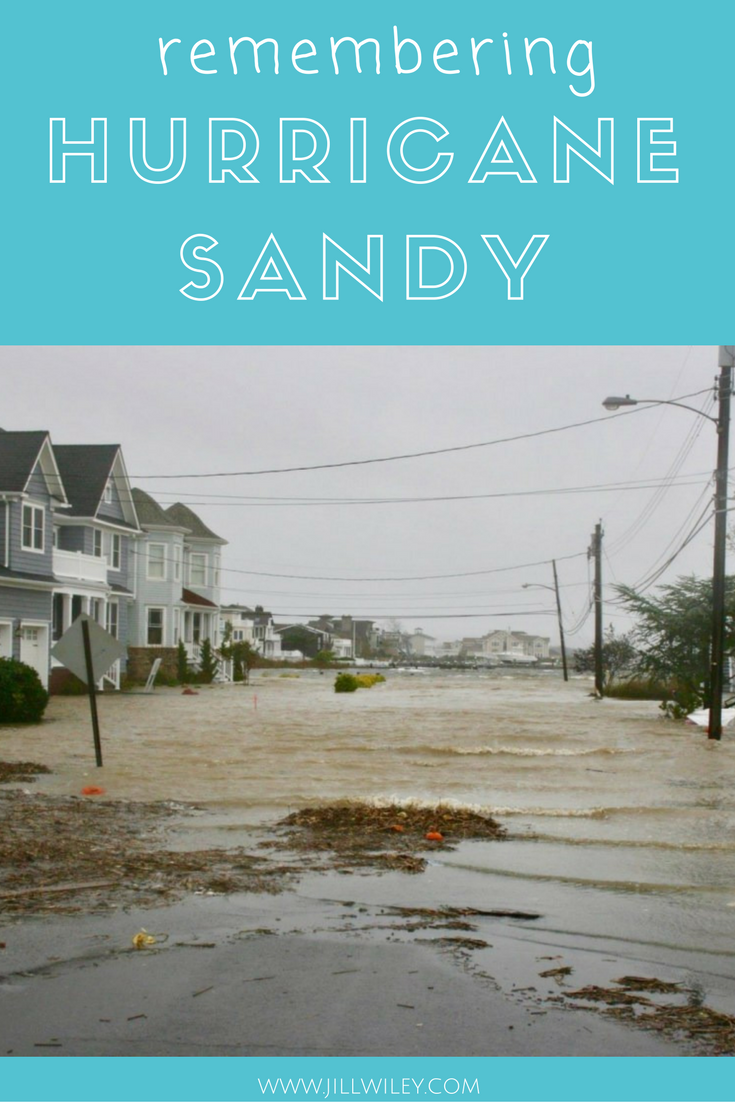 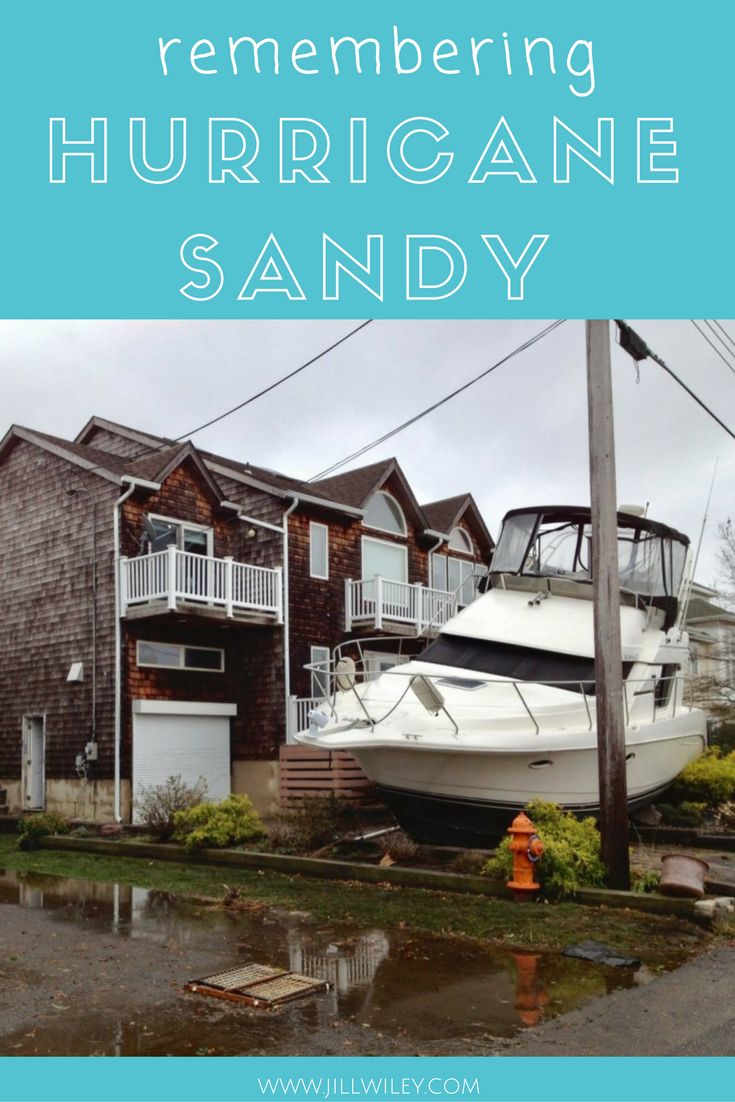 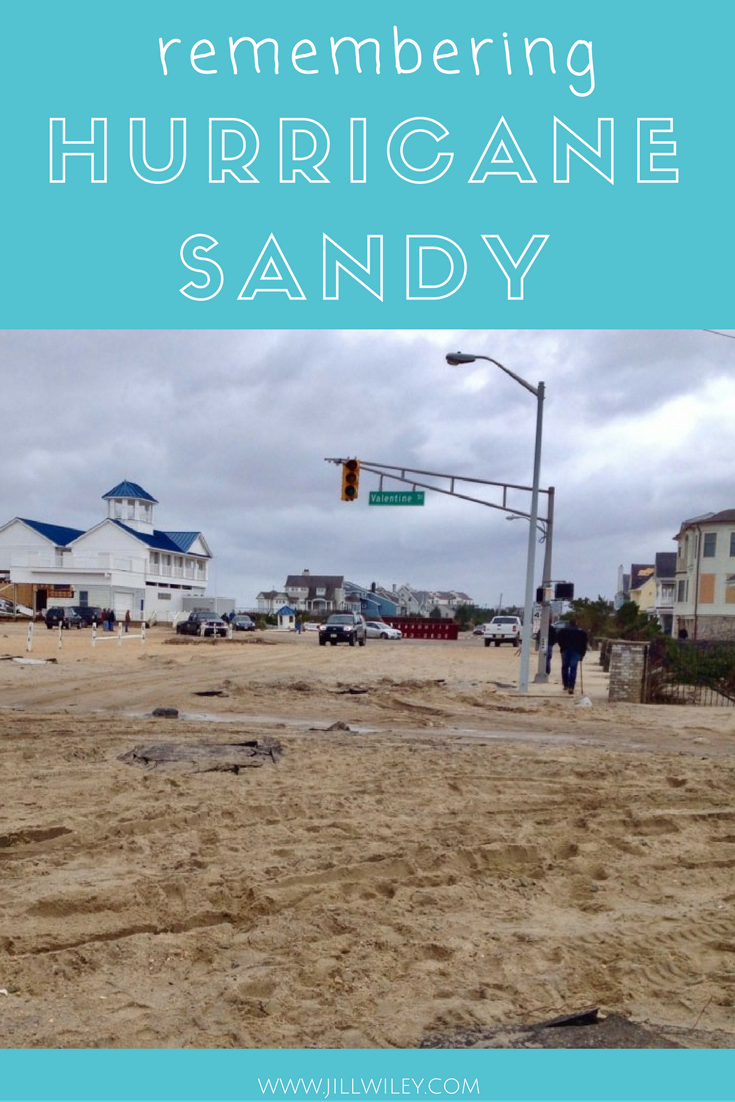